Hate speaker is in favour of eradicating rape laws 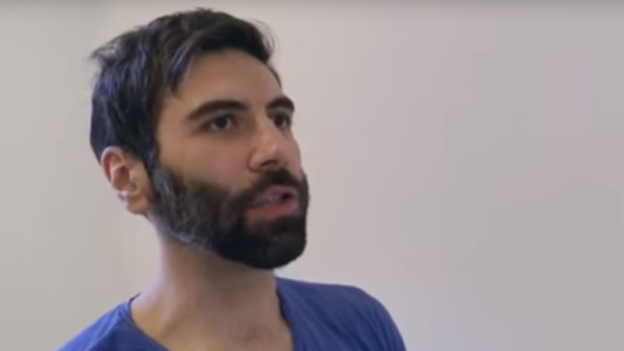 A series of ‘neo-masculinist’ events planned to take place around the UK have been cancelled by organiser Daryus Valizadeh (or ‘Roosh V’) because he ‘can no longer guarantee the safety or privacy of the men who want to attend’.

Nearly 80,000 people signed an online petition calling for Roosh V’s group ‘Return of Kings’ to be banned from the UK, and today Labour’s shadow minister for Women and Equalities Kate Green challenged Theresa May to act.

There is a fine line between blocking free speech and blocking incitement to violence, and this line has been tread and furiously debated many times over the past year.

It is a line which, in my opinion, Islamist hate preachers calling for destruction of the west find themselves on the wrong side of, but Germaine Greer’s derogatory comments about trans women do not.

Roosh V and his group are, without ambiguity, inciting violence. They advocate submission and subservience and rape of women.

Return of Kings call themselves a ‘men’s rights group’, which sounds harmless enough, but this is a media-friendly cover for violent and hate-filled misogyny. The group has nothing to do with equality, or fairness, or human rights, or relationships between men and women.

In fact it has little to do with men at all, but rather obsesses over the inadequacies and failings of women (or ‘sluts’) and why men shouldn’t believe them when they say no.

Here are some of the things Return of Kings believe:

“Women must have their behaviour and decisions controlled by men”

“The benefits of eradicating rape laws would extend to honest men who unfortunately now live in fear over imprisonment in the case the girl they had sex with had a blood alcohol level of 0.04 instead of 0.05 or some other arbitrary, untested,  and made-up value that may imply consent was not fully achieved.”

Men should view modern women as “oil wells that can provide a commodity that healthy men need to function properly: sex”

If a woman has ‘big tits’, tattoos, a tan, enjoys tequila shots or travelling, she is a ‘slut’.

Men should be able to hit women in the street without fear of arrest.

When ‘picking up’ women: “Asking for permission introduces an awkward moment where the girl’s brain floods with reasons not to do what you are asking. Plus it makes you appear scared of getting rejected, a quality not attractive to most women. Instead of asking, just do it and see what happens.”

Please familiarise yourself with the Return of Kings website and decide for yourselves whether this is ‘men’s rights’ or violent hate speech.