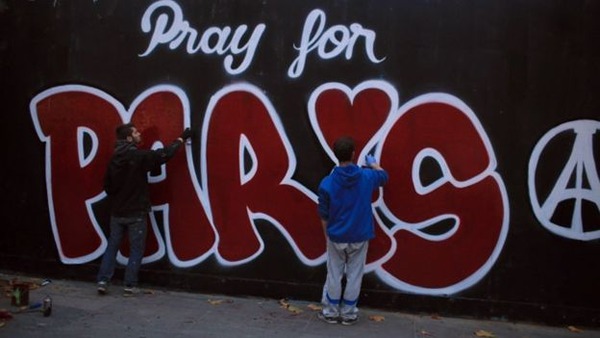 As Friday night’s terror attacks in Paris were unfolding, the reactions of many individuals and groups often betrayed preconceived, nay rehearsed, reactions.

Different Quranic verses were cited by both overly defensive Muslims and anti-Muslim bigots to prove how Islam is the religion of peace, and violence – respectively.

While many Muslims condemned the attacks in numbers, many well-meaning westerners seemed guilt-ridden about the fact that we Muslims were ‘forced’ to issue these condemnations.

All this was on display before the final death toll was announced and before anyone had claimed responsibility for the attack.

Clearly apprehensions over – and loyalty towards – one’s favourite narrative superseded any interest in focusing on the victims of terror and engaging in discussions to forestall similar attacks in the future.

As the hours went on, French President François Hollande issued a strong statement against the culprits. The French border was sealed and a curfew implemented in Paris, before ISIS claimed responsibility for the attack.

And then came the second wave of premeditated and repeated-to-death assertions.

They started off with ‘West is to blame’, discussed apprehensions about rise in ‘Islamophobia’, claimed that Islamist extremism isn’t a ‘Muslim problem’ and were exclamation-marked by the assertion that France was asking for it and should expect more of the same.

There was time for a reverse ‘all lives matter’ campaign as well, calling out ‘silence’ over recent blasts in Beirut in Baghdad, completely ignoring the role precedence plays in reactions and conveniently forgetting the global reaction to Peshawar attack and Boko Haram’s violence last year.

Evidently, those waiting for the overwhelming reaction to the Paris attack to generate noise for the Beirut or Baghdad bombings didn’t see the irony in their own delayed outrage.

This is not to suggest that amidst this tangential pool of self-serving narratives, no argument valid or relevant to the bigger picture was presented. Indeed, anti-Muslim bigotry is an ugly reality, as depicted by the Chapel Hill Shooting, PEGIDA, the anti-Islam rallies in Australia or by the many mosques becoming targets of hatred.

The same is true for Western states’ foreign policy blunders and the lack of Muslim/Arab communities’ integration.

But something somewhere is seriously wrong when prejudice against a community is one’s primary concern on the day a nation suffers the biggest acts of violence in decades. It’s almost as if racism is a bigger evil than terrorism, and that by correlation calling out anti-Muslim xenophobia a more pressing concern than Islamist violence.

The obsession some have with earmarking Western imperialism as the root of all global evil is paradoxically soft-racist. By putting the blame for the volatility of the Muslim world at large on the neocolonialist manoeuvres of the West, and not on the corrupt leaderships or religious fault-lines conspicuously manifested by the locals, these opinion-makers exhibit twenty-first century Orientalism, implicitly asserting that Muslims would readily act against their self-interest should a Western power sufficiently wish so.

This soft racism is also flagrantly displayed by anyone who claims Islamist terrorism is ‘not a Muslim issue’, which demonstrates complete denial of the simple reality that global imperialist jihadism (the kind of imperialism that isn’t quite factored by the self-pointing ‘critics’) is nourished in Muslim communities around the world, including the West. It also happens to affect the Muslims the most, both in terms of suffering from Islamist attacks, and the ensuing backlash.

But because the West trains, funds and arms jihadists for its self-interests, those militants that self-implode to kill Muslims and non-Muslims alike, and their domestic backers, get a pass as mere ‘tools’ or ‘creations’ of the West.

This is downright dehumanizing of Muslims, sold by sections of the left and bought by the right-wing resellers of the Muslim world to sketch the simplistic and convenient narrative that paints West as being historically responsible for the Muslim world’s predicaments.

ISIS’ statement claiming responsibility for the Paris attacks said they targeted “the capital of prostitution and obscenity, the carrier of the banner of the Cross in Europe”. There is no mention of ‘Western colonialism’, ‘economic disparity’ or ‘social alienation’, which some commentators keep asserting as the main motivation behind jihadists’ actions.

The statement is Exhibit A of jihadism, an expansionist terror drive carried forward by radical Islamists that seeks to destroy pluralism by holding a literal version of Islam as the sole rulebook for not just Muslims, but the entire world. Jihadism nourishes itself by painting Muslims as perpetual victims of the West’s actions – an idea perpetuated by regressive sections of the left and Islamists alike.

Those who are genuinely interested in countering Islamist terrorism need to encourage the dissenting voices in the Muslim world, the voices that critique the wrongs within their communities, leaderships and religio-political policymaking. If you keep vending the soft-bigoted idea that jihadism isn’t particularly a Muslim issue, Islamist extremism will continue to spread in the Muslim communities.

Why, after all, would we Muslims work on solving a problem that isn’t ours to being with?

As appreciable as the left’s self-critique regarding Western imperialism and anti-Muslim bigotry is, it shrouds the more pressing need for Muslim world’s self-reflection. Muslims taking ownership of jihadism won’t rid the West of its historic – and present – wrongs; but it would allow the Muslim world to finally catch up and reconcile with the modern ideals.

It’s a no-brainer that once Islamist extremism is curtailed, anti-Muslim bigotry will be gradually snuffed out in synchrony.