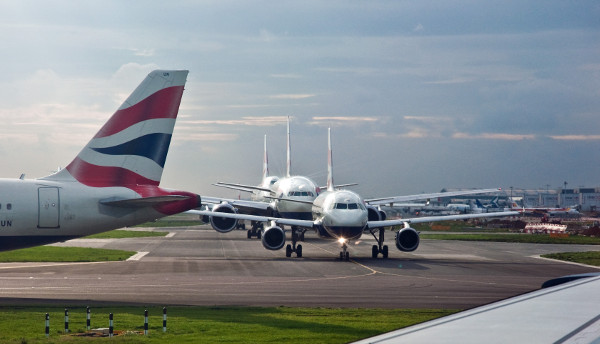 Today I’ll be issuing a challenge to my fellow candidates for mayor at a rally in Parliament Square against the proposed third runway at Heathrow Airport.

It will be a big occasion. I will be on the platform as the Green Party’s candidate for mayor of London and all my main rivals will be there too – Zac Goldsmith for the Tories, Labour’s Sadiq Khan, Caroline Pidgeon for the Lib Dems and even the Ukip candidate Peter Whittle.

We will also be joined by Boris Johnson and the new shadow chancellor John McDonnell, whose constituency in West London would be seriously affected by the expansion plans.

The noise from flights at Heathrow already seriously affects three-quarters of a million people in our city. This would rise to one million if the government follows the recommendations of the Davies Commission to put a third runway inside the M25. Meanwhile the air around Heathrow is already polluted above legal limits. A third runway would make that air even more toxic for 50,000 Londoners.

So there’s a wide consensus that a third runway at Heathrow would be a terrible mistake. But where I part company with most of my fellow speakers, and with the remit given to the Davies Commission, is that I stand against not just Heathrow but all airport expansion around London.

Many people argue that the runway should be built at Gatwick instead, or even that we should have a whole new airport on an artificial island in the Thames Estuary. But I don’t think we can just push our problems onto the people living around Gatwick.

That wouldn’t be fair and, as our new Green Party report Airport Expansion Doesn’t Make Climate Sense shows, it would not be fair to future generations either.

Our report makes clear that there is no way for the UK to meet its climate change targets if David Cameron goes ahead with a new runway at Heathrow, Gatwick or anywhere else in the South-East of England.

Flying is a significant and growing contributor to climate change. Arguing about where to put a new runway masks the reality that the increase in flights has a limit that we just cannot cross. And that limit comes long before new runways are required.

The line that more airports are essential for business is repeated across most of the media, backed up by stratospheric spending by the businesses that run Heathrow and Gatwick on advertising aimed at MPs, councillors and the public.

But the truth is that for the rest of the business world flying is not a growth industry. New technologies, and the obvious efficiency of not sending staff around the world for meetings if there are high quality alternatives such as – say – a Skype call, mean that business travel by plane from UK airports has been flat or declining for the past 15 years.

We are however keen to keep in check the ‘frequent flyers’ – the fifteen per cent of people who are responsible for seventy per cent of trips and for most of the growth in leisure trips, either by taking multiple annual holidays or frequent trips to second homes abroad.

To achieve this, we’re supporting a reformed aviation tax – as promoted by the campaign A Free Ride. This would reduce the amount paid in flight taxes paid by almost everyone by giving each person one trip per year free of tax, but would charge the most frequent flyers a suitably increased rate with each extra trip.

As a policy, it’s progressive, sensible, moderate and fair. It means rail has a chance to compete for frequent short-haul passengers and would reduce the growth in flights so that we don’t need bigger airports at Heathrow, Gatwick or anywhere else near London.

The Green Party is the only party in London united around the clear message that we need no new runways – and their associated traffic, pollution and noise – anywhere in or around our city.

Today, I’ll be challenging my fellow candidates to stand up to the lobbyists and follow my lead in standing up for residents around Gatwick too – and I hope they will be listening.

The rally against Heathrow’s third runway is organised by Hacan (Heathrow Association for the Control of Aircraft Noise) and will take place in Parliament Square on Saturday 10 October at 10.30. Speakers start 11am; the event finishes by 12.30.