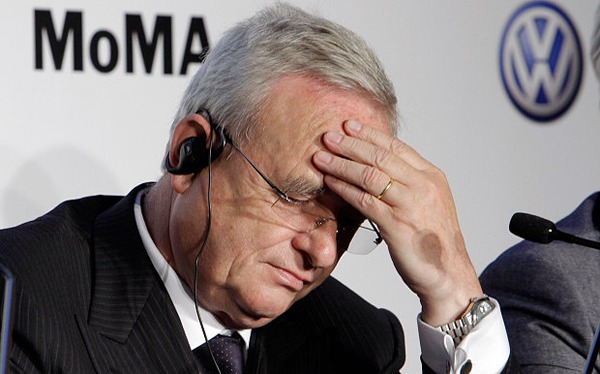 The unbelievable scandal at Volkswagen shows how flat-footed progressives can be in responding to events that completely vindicate many of their arguments.

Here we have a major corporation flagrantly misleading consumers, compromising public health and manipulating the pitifully weak regulations set in the face of intense industry lobbying, CEO Martin Winterkorn, paid in excess of £10 million a year, departs with a pension pot reportedly worth more than £20 million, despite having presided over a fraud that threatens the existence of the company.

You couldn’t imagine a clearer demonstration of the total dominance of corporate power over democratic governments; the contempt of big business for the public interest when it conflicts with the pursuit of profit; or the vulgar, disproportionate and completely unjustifiable levels of top pay that now prevail at major corporations.

This would all be maddening enough were it an isolated incident. But similarly dreadful goings-on in other major businesses and industries have become too commonplace to dismiss as anything other than a systemic problem with corporate culture, structure and practices.

For example, there are strong suggestions that other car companies are implicated in manipulating tests for nitrogen oxide. The Banking sector has been through LIBOR and Forex manipulation, Mexican drug-money laundering and PPI mis-selling.

Tesco have been dogged by allegations of anomalous accounting practices, while the wider supermarket sector’s negligent approach to hygiene standards in its supply chain was literally brought home to consumers in the form of horsemeat lasagna.

Phone-hacking at News International; health and safety standards at BP; consumers unknowingly kept on more expensive energy tariffs by the energy companies. The list goes on – and these were just the ones they didn’t get away with.

In each case, avaricious companies prioritised the pursuit of profit over public wellbeing or ethical considerations, with dismal consequences. Previously lionised business leaders, paid hundreds of times their ordinary employees, were forced to concede they didn’t realise what was going on at their company. Inadequate regulators and internal corporate governance structures failed to tackle the problem at source.

It is not surprising that little is ever done to remedy this, given the fact that corporate power as a governing institution now carries as much heft as elected Parliaments or politicians. The German motor industry, for example, is reported to have had considerable influence over the German government’s representations to the EU over the testing conditions that enabled Volkswagen to dodge compliance with emissions standards.

In the UK, government departments are chaired by non-executive ‘advisers’ from corporations like BP, GSK and British Gas. The Regulatory Policy Committee, overseeing regulation of UK businesses, is dominated by business interests.

The Volkswagen affair ought to have provided an opening to talk about this threat to democracy and public wellbeing, but it hasn’t really done so. Yesterday, Comment is Free was carrying one solitary piece on Volkswagen while Jeremy Corbyn hasn’t sought to link the scandal to the wider question of corporate power, even though it ought to be one issue where his concerns mirror those of the general public.