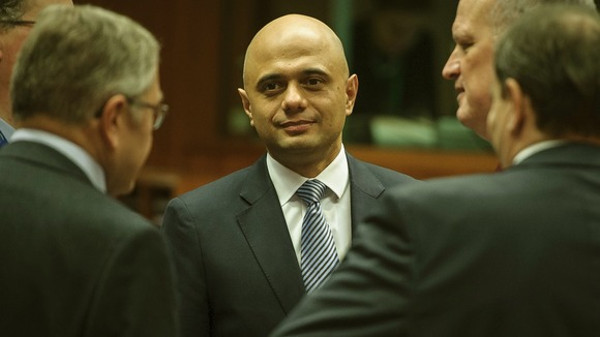 ‘Fixing The Foundations’, the government’s plan to ‘boost productivity, was launched this week by business secretary Sajid Javid.

Addressing workers at a UK automotive factory, Javid talked about boosting UK productivity largely without saying how he was going to do it  – though plans to give brownfield developers automatic planning permission grabbed headlines.

Javid talked about German productivity and made an unexplained comparison with US productivity levels, which he said would boost UK GDP by 31 per cent if achieved – the equivalent to £21,000 a year for every household in the UK.

These references make me suspect that ‘Fixing The Foundations’ will probably go the same way as George Osborne’s long-forgotten ‘March Of The Makers’.

On Germany, Javid told his audience:

“In stark terms, it now takes a worker in the UK five days to produce what his or her counterparts in Germany can deliver in four.”

Of course he failed to mention that in Germany, unions are seen as valued partners in companies, built into the fabric of industry and the world of work. Unions help companies and industries solve problems; workers have legally underpinned roles on work councils and hold the right to be informed and consulted.

Workers have representation on company boards within a legal framework; and training and skills are paramount within a structure based on turning out top quality skilled workers in manufacturing and science.

The German model of backing Mittlestand (SME) companies in the supply chain creates stability; and most of all, Germany has a long-term strategic plan for manufacturing.

None of which, as far as I can see, is on the Tories’ radar. Just recently Mr. Javid downgraded the phrase ‘industrial strategy’ to a tepid ‘industrial approach’.

He also described the UK automotive sector as being the ‘world’s most productive’ and asked why other UK industries weren’t following their example. What he failed to mention was that the success of the UK automotive sector is based on companies working with Unite on a day-to-day basis, and the development of a highly skilled, dedicated and flexible workforce, with a collective voice.

Javid also said that higher productivity leads to higher wages. It does – but it has to be done across the economy, in conjunction with widespread collective bargaining and by recognising the worth of  working people.

“Raising the productivity of UK manufacturing and commerce is one of the big economic challenges of the next decade. One way that this can be achieved is if ministers stopped attacking trade unions as the enemy within.

“Instead of regarding the trade unions, which have more than six million members, as a stumbling block for productivity progress, they should see unions as partners in productivity.”

Sadly, I can’t see this government recognising the role that unions and our members can play in boosting productivity any time soon.

Equally, how can any economy aim for high productivity when industry relies on a massive army of zero-hours and agency workers, who face daily uncertainty about their prospects?

With Cameron now seeking to change European employment rights like the Working Time Directive – which will re-introduce a long hours culture and change the equal pay provisions of agency workers – I fear ‘Fixing The Foundations’ will be build on sand.