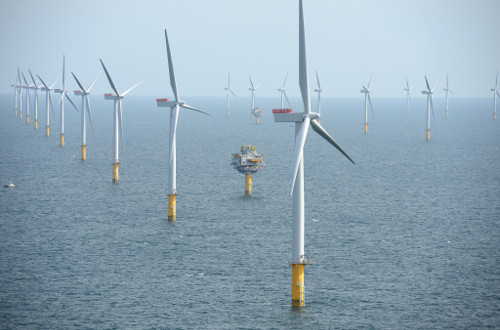 Yet, as the calls come in from all quarters for divestment from fossil fuels, the British government is divesting from renewables.

Last Thursday the Conservatives announced that they will end subsidies for onshore wind energy – despite all the opportunities that it offers to generate sustainable, clean energy.

With Britain failing miserably to meet the EU target of 15 per cent of its energy coming from renewables – it is currently achieving a mere 5 per cent – such a move flies in the face of logic.

Not only will this mean Britain continues failing to do its bit to tackle climate change, it’s also doing a huge disservice to our workers and industries.

According to research from the United Nations Industrial Development Organisation and the Global Green Growth Institute, investing $1 million in renewable energy would create more jobs than the same amount invested in fossil fuels.

The message? Wind and solar power have the potential to provide decent, reliable work for those who have struggled to find a job amid government spending cuts and the economic crash caused by the greed and fraud of bankers.

The report looked at emerging economies, like Indonesia, South Africa and Brazil, and found that renewable investment here creates even more jobs than in countries like Germany and South Korea.

The Green Party understands that tackling climate change could help us to improve our world.

We want to see Britain aim for a zero carbon economy by 2050 to help us avoid dangerous levels of climate change. The only way we can achieve that target is through investing in measures that will make our society fairer, as well as greener.

Through a huge programme of home insulation, we can make Britain’s houses more comfortable to live in. We can create jobs, slash fuel poverty, and drastically reduce the amount of energy we need to produce.

By overhauling our transport system, we can transform the health and wellbeing of our society. By designing roads so that they prioritise pedestrians and cyclists, and making public transport comfortable, convenient and affordable, we can improve our air quality, reduce obesity and cut our carbon emissions.

And, as this week’s report proves, investing in renewable energy is a way to create thousands of jobs while reducing our impact on the planet.

The Green Party wants to see opportunities for communities to take ownership of energy generation and supply in their area, so that these jobs can go to local people in need of fulfilling employment.

What’s becoming clear to people around the world, from doctors to economists to religious leaders, is that moving towards a more sustainable society represents an exciting opportunity.

It’s time for our government to sit up and listen. Meeting our current targets is a positive step in the right direction, but if we really want to improve people’s lives and prevent dangerous climate change, our only option is to go further.

31 Responses to “Investing in renewable energy will create thousands of jobs – so why is the government doing the opposite?”