In an election in which the nations have played a part like never before, Left Foot Forward highlights ten significant results to look out for in Northern Ireland, Wales and Scotland 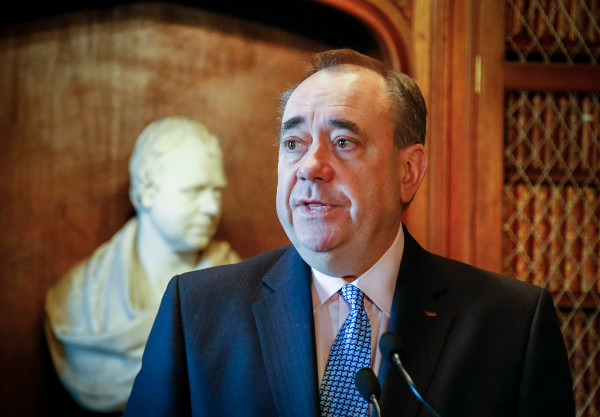 The most marginal seat in the UK in 2010, Sinn Fein’s Michelle Gildernew took the border seat in the south west of Northern Ireland by just four votes. Following a formal complaint made by Rodney Connor – the unionist unity candidate at the time – about differences in the number of ballot papers recorded at polling stations and those subsequently recorded at the count centre, a judge found that three unaccounted votes meant that Gildernew in fact had a majority of just one.

In the wake of the DUP-UUP pact in a number of seats, the former Ulster Unionist Leader Tom Elliott, who represents in the constituency at Stormont, will be hoping to take the seat for unionism, giving the UUP representation in the House of Commons for the first time since 2005.

Polling undertaken by LucidTalk however indicates that Sinn Fein will retain the seat.

It was one of the shocks of election night in 2010 when the Alliance’s Naomi Long defeated the DUP leader and first minister Peter Robinson with a swing from the DUP to the Alliance of a staggering 22.9%.

During the last parliament, Long faced ongoing threats and attacks from loyalist paramilitaries over the Alliance’s support for a compromise motion voted on by Belfast City Council to end its policy of flying the union flag every day of the year.

According to LucidTalk, in a seat where the UUP will not be running, the former lord mayor of Belfast, the DUP’s Gavin Robinson (no relation to Peter Robinson), is on course to reclaim the constituency, overturning the Alliance’s current majority of just over 1,500.

Having held the seat in the Commons since 2005, the Liberal Democrat former minister and whip Jenny Willott would be doing well to be returned to the House of Commons this time around.

Ms Willott’s majority in 2010 was 4,576, in a seat heavily dominated by students. By the 2011 Assembly Elections, Labour had taken it from the Lib Dems with a majority of 38.

Labour’s challenger is Jo Stevens, a Cardiff-based solicitor and director of the UK-wide law firm Thompsons Solicitors. The firm is dedicated to representing trade union members and others who are injured or mistreated.

The regular Welsh Political Barometer has constantly pointed to a Labour win in the seat, supported by Lord Ashcroft’s polling.

With polling indicating that Labour is set to take Cardiff North from the Conservatives, Brecon and Radnorshire is a seat the Tories will be desperate to take from the Lib Dems if they are to maintain their current tally of eight seats in Wales.

Held by the Lib Dems since 1997, the seat is represented in the Assembly by the party’s leader in Wales Kirsty Williams.

Whilst Roger Williams will be hoping that the incumbency effect will help him, again, polling for the Welsh Political Barometer indicates that the Conservative candidate Chris Davies is well placed to take the seat, potentially leaving the Lib Dems with just one seat in Wales in Ceredigion.

With Plaid Cymru’s leader Leanne Wood hoping to match the party’s best General Election performance ever, Ynys Mon (or the Isle of Anglesey as it is more commonly known), is a must win if the Welsh nationalists are to demonstrate progress.

Held by Labour since 2001, prior to that the seat had been held by Plaid’s former leader Ieuan Wyn Jones. In 2010, Labour’s Albert Owen was re-elected with a majority of just 2,461.

Whilst polling suggests that Labour will hold the seat, Plaid will be hoping to capitalise on the by-election successes it achieved in 2013 when the former BBC Wales presenter Rhun ap Iorwerth took the constituency for the party in the Welsh Assembly.

An interesting factor here will be where UKIP get its votes from in the constituency. With the party having almost beaten Labour in Wales in the 2014 European Elections, its leader in Wales Nathan Gill is standing in Ynys Mon.

Expected to be one of the earlier results to come from Scotland, the constituency will be a strong indication of the extent of the SNP surge.

With Gordon Brown standing down from the seat, having seen his majority increase to just over 23,000 in 2010, an SNP gain here would be a symbolic moment. It would see the nationalists take a constituency once represented by the man that many credit with having kept Scotland in the UK.

Victory for the SNP’s candidate Roger Mullin would indicate a disastrous evening for Labour.

Polling in the seat by Lord Ashcroft has put the SNP on 45 per cent of the vote, ahead of Labour on 39 per cent.

If the SNP are doing as well as the polls indicate, this could be the ‘Portillo’ moment of election night.

The seat is currently held by Douglas Alexander, shadow foreign secretary and Labour’s general election campaign coordinator, whose majority stood at 16,614 in 2010.

Defeat to the hands of the SNP’s 20-year-old candidate Mhairi Black, who has enjoyed a relatively high profile north of the border, would again mean a disastrous evening for Labour.

According to Lord Ashcroft’s polling in the constituency published last month, the SNP have extended their lead in the seat to 11 points over Labour.

Such is the concern about the potential for an upset that reports suggest that Labour has dedicated two full-time organisers to focus on saving the seat.

Neighbouring Douglas Alexander’s seat is that of Jim Murphy. Elected leader of Scottish Labour just before Christmas as the high profile, big hitter the party has been longing for, his transformation from Blairite loyalist to centre- left social democrat has so far failed to impress the Scottish voters.

The majority of this seat was once a Conservative enclave, and since 1997 Murphy has worked the patch in one form or another. In 2010 he secured a majority of 10,420 with a 3.2 per cent swing from the Conservatives to Labour.

Losing this seat would be another huge blow for Labour, raising the likelihood of it needing to find a new leader for the 2016 Scottish parliament election.

Having stepped down as SNP leader and first minister following the independence referendum, Alex Salmond’s decision to contest the Gordon seat in the General Election was undoubtedly an indication of the importance he saw Westminster playing in the SNP’s future plans.

Held in the Commons by the Lib Dem’s deputy leader Malcom Bruce since 1983, the party secured a majority of 6,748 in 2010, although the swing from the Lib Dems to the SNP was 7.6 per cent.

With Bruce standing down at this election, Salmond will be looking forward to a return to the Commons representing the constituency that he took from the Lib Dems in the Scottish Parliamentary elections in 2007 on a swing of 10.7 per cent from the Lib Dems to the SNP.

In 2011, the new seat of Aberdeenshire East was named, encompassing much of the Gordon Westminster seat. Salmond was elected there with a majority of 15,295,with a swing of 19.5 per cent from Lib Dems to the SNP.

According to Ashcroft’s polling the SNP are on 43 per cent of the vote in the constituency, with the Lib Dems left trailing on 26 per cent.

In 2010, the current Lib Dem chief secretary to the Treasury Danny Alexander secured a majority of 8,765 over second placed Labour. The SNP were in third place on less than half the number of votes cast for Alexander.

According to the Ashcroft polling however, the SNP are now on 50 per cent of the vote in the seat, miles ahead of the Lib Dems on 21per cent.

A defeated Alexander would rob Nick Clegg of a key ally who has developed a close working relationship with George Osborne at the Treasury, making any potential coalition 2.0 between Lib Dems and the Tories much more difficult.

But confidence in an Alexander victory is so low that the Tories have mooted the idea of him becoming a peer if he loses his seat so he can continue as Chief Secretary if the numbers work out for a renewal of the Cameron/Clegg vows.