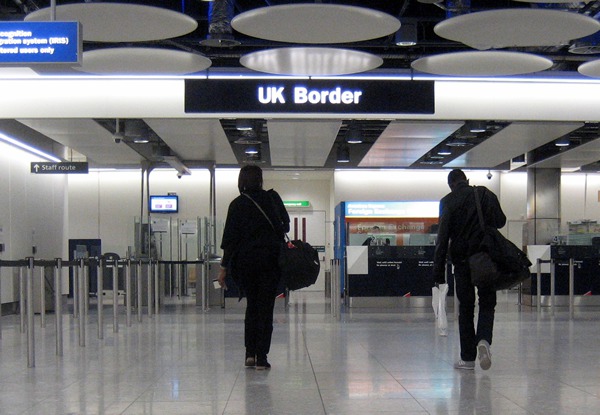 Too often ‘migrants’ are lumped together in policy and public debates as a single population group. Yet the people who come to settle in the UK are highly diverse. This is reflected in the varied employment outcomes experienced by different groups within the migrant population, often reflecting dynamics that are given insufficient attention by policy makers.

Migrants coming from outside of the EU face the greatest challenges to integration in the UK labour market. In 2012, the employment rate for this group (including all those of working age and excluding those in regular education) was 68 per cent, compared with 75 per cent for non-migrants, and compared to between 80 and 82 per cent for EU migrants.

New research by IPPR has dug deeper into these figures to identify some of the characteristics that underpin the above variance.

To unpick some of the outcomes for particular migrant groups, our research looked at different groupings (considering gender, qualification and nationality among other things) and compared them like for like with the non-migrant population.

This revealed important differences between groups. For example, the employment rate for non-EU migrants falls short of those in the non-migrant population for all qualification levels, and the gap gets wider as the level of qualification decreases (see chart below).

But the picture is markedly different for men compared to women. Men from outside the EU have similar employment rates to those in the non-migrant population, irrespective of qualification level. Yet for women from outside the EU, the gap in employment rate with non-migrant women ranges from minus 16 percentage points for those with degrees to minus 22 percentage points for lower qualified women.

Employment gap (percentage point) between migrants from out side the EU and the non-migrant population, by qualification and gender 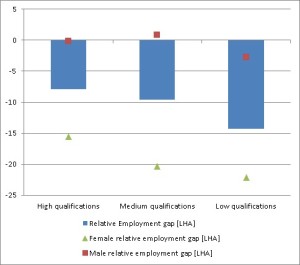 This almost entirely accounts for the overall employment gap that we see between all non-EU migrants and non-migrants, and shows that even very educated women from outside the EU have relatively low employment rates. This is particularly the case for some nationality groups – our findings show that women from south and southeast Asian countries are less than half as likely to be in work as men, with employment rates of 43 and 87 percent respectively (although there are signs that this gap is may be starting to narrow).

In light of this, policy makers should recalibrate their focus away from a preoccupation with controlling the nature and volume of future migration flows, and towards tackling the challenges faced by people that are already here and trying to engage in the UK labour market.