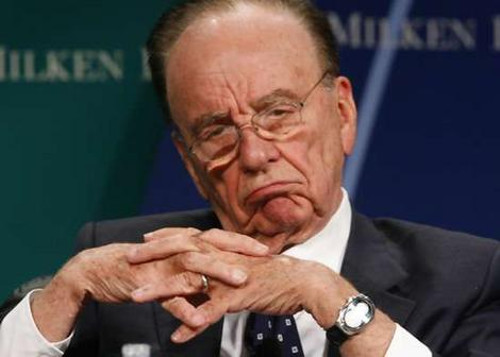 That The Sun failed to come out in support of the Labour Party is unsurprising, given Ed Miliband’s persistent campaigning against the Murdoch press and its often outrageous tactics in seeking to gain stories.

That the paper has decided to back diametrically opposed parties north and south of the border however, reaches new opportunistic lows.

In Scotland, the paper urges readers to cast their votes for the SNP declaring Nicola Sturgeon to be a ‘a phenomenon who inspires people’.

Across the rest of the country it urges voters to back the Tories, dubbing the SNP ‘wreckers’ and warning of a potential Labour/SNP ‘nightmare’ government.

Andrew Nicoll, political editor of the Scottish Sun has argued that the contradiction reflects ‘two distinct editorial positions from two distinct, editorially-diverse newspapers’. But the reality is that it not only highlights the interdependence of the SNP and Conservatives, but once again demonstrates the fruits of Alex Salmond’s efforts to woo the Murdoch empire.

First, the different front pages demonstrate for all to see that for the Conservatives the SNP has become a convenient bogeyman. They need the SNP to be doing well in Scotland in order to instil fear in the hearts of the English and get them to vote Tory.

Meanwhile for all the SNP’s bluster of opposing a Conservative government, such a scenario would clearly be to their advantage. The prospect of a Conservative-led administration in Westminster with a large number of SNP MPs elected in Scotland would stoke the grievances held north of the border still further. It would in all likelihood lead to a second independence reference much sooner than anyone imagined.

But today’s newspapers serve as a reminder of the lengths that Alex Salmond went to in courting the Murdoch press during his time as first minister and leader of the SNP.

As Left Foot Forward reported at the time, the Leveson Inquiry revealed that Salmond had sought discussions with the then-UK culture secretary Jeremy Hunt over News Corp’s bid to take over BSkyB.

In an email sent on 11 February 2011 Frederic Michel, News Corp’s senior vice president for Government Affairs and Public Policy in Europe, declared that Salmond would ‘call Hunt whenever we need him to.’

Responding to a written parliamentary question tabled by shadow Scottish secretary Margaret Curran and published in April 2012, Hunt explained in no uncertain terms:

“Mr Salmond’s office contacted mine to request a telephone call on 3 March 2011, and again a number of times in the following days. However, I can confirm that no such call took place or was ever scheduled.”

In 2011, the Sun on Sunday backed the SNP in election to Holyrood: elections that the SNP ultimately went on to win, securing an outright majority in the Scottish parliament. And in February 2012, Rupert Murdoch declared on Twitter that Alex Salmond was ‘clearly most brilliant politician in the UK.”’Alex Salmond’s recently published memoir on the independence campaign has been published by  William Collins, an arm of HarperCollins, which is in turn a subsidiary of Mr Murdoch’s News Corporation.

In April 2012, the Guardian also outlined details of over two dozen meetings held between Salmon, Rupert Murdoch, Murdoch’s son James (then running News International), BskyB, and other editors and executives from the Murdochs’ media empire.

While the SNP will undoubtedly be pleased to have got such a high profile endorsement, the question now for Scottish voters is how desirable Murdoch’s support really is.

For those undecided, remember that in April 2012, the Sunday Mail in Scotland revealed that the police had informed former first minister Jack McConnell that details of his phone and those of his children were found in the notes of a private detective who worked for the Murdoch press.

The Daily Record has also previously revealed that Salmond’s own former parliamentary aide Joan McAlpine has also had her phone hacked by the News of the World.