Despite years of calls for better management, in 2013-14 overpayments amounted to £1.4 billion and underpayments to £0.4 billion. 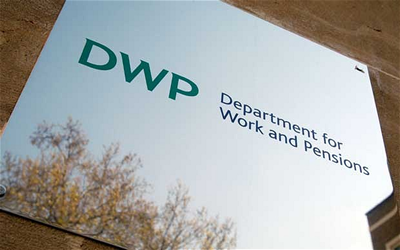 Despite years of calls for better management, in 2013-14 overpayments amounted to £1.4 billion and underpayments to £0.4 billion

The Committee of Public Accounts yesterday raised grave concerns about the amount of taxpayer money being lost as a result of the Department for Work and Pensions (DWP) failing to tackle fraud and error in Housing Benefit Payments.

Led by the Rt Hon Margaret Hodge, the Committee found that despite increasing calls to improve the management of Housing Benefit, the DWP had made little progress in reducing fraud and error over the last 16 years.

In 2013-14 overpayments amounted to £1.4 billion and underpayments to £0.4 billion. In the same time period, overpayments increased to 5.8 per cent of Housing Benefit spending.

This represents 42 per cent of total overpayments across all benefits. Claimant error (amounting to £900 million) was identified as the cause of two-thirds of overpayment, largely due to unreported changes in earnings.

Hodge called it ‘nonsensical’ that, despite these figures, the DWP spends only eight per cent of its fraud and error funding on Housing Benefit.

At the other end of the spectrum, underpayments make life extremely difficult for affected claimants. The DWP have argued that their controversial Universal Credit scheme will make underpayments less likely, but the timeline for implementing the scheme remains uncertain.

The DWP has not yet worked out how it will reduce Housing Benefit fraud and error in the transition period to Universal Credit. The Committee stressed that the DWP had not offered any other plans to tackle underpayments, and demanded a proposal within six months aimed at targeting underpayment.

Exacerbating both problems are the cuts that have been made to local authority funding since 2010, resulting in a 17 per cent reduction in the funds available for the administration of Housing Benefit.

This contributed to a general lack of clarity in the system; the Committee found that the DWP did not have a good understanding of the situation at a local level, and was still working with national estimates which did not give an adequate indication of the problems facing local authorities.