Any surveillance measures have to work alongside a campaign to dismantle the narratives of extremist ideologies. 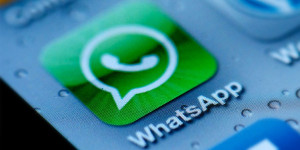 Following remarks by MI5 chief Andrew Parker that the agency can do little to stop a ‘highly likely’ attack on UK soil, the prime minister has pushed for increased government surveillance, explaining that there should be no communication that ‘we’ cannot read.

Days after Parker’s comments on ‘dark spaces’ that terrorists can use to communicate on the internet, Cameron clarified:

My answer to that question is: no, we must not. The first duty of any government is to keep our country and our people safe.”

My question is: Will this increased surveillance make a difference?

The Regulation of Investigatory Powers Act 2000 states that it is an offence for a person to intentionally, and without lawful authority, intercept communication such as post and telecommunication, yet this does not apply with the issue of a warrant, order, or equivalent instrument in cases where assistance is given.

The interception of communications includes listening to calls made on the telephone, and opening and reading the contents of a target’s letters or e-mails.

A report published on the 5 December 2014 by the Interception of Communications Commissioner’s Office (IOCCO) reveals that the number of interception warrants authorised in 2013 for the nine relevant interception agencies was 2,760.

This was a reduction of 19 per cent from warrants issued in 2012. To this, Cameron would like to add ‘modern’ forms of communication such as Whatsapp, Google Hangouts, and Blackberry Messenger (BBM).

Rt. Hon. Sir Anthony May, the Interception of Communications Commissioner, writes there are differences of opinion as to how long this information should be retained:

“Lawfully intercepted related communications data are in some instances retained for a variety of longer periods,” he explains.

“On this point, I have yet to satisfy myself fully that some of the retention periods are justified. To an extent, this is work in progress which I shall carry forward.”

Previous research, however, has indicated that increased surveillance has little effect on combating terrorism. Policy should be based on a proactive, rather than a reactive, strategy. More surveillance is likely to increase the former, without adequately impacting the latter.

While law enforcement should have the appropriate tools to investigate, disrupt and prosecute cyber criminals, it is equally important to couple current and future regulation on surveillance with monitoring the use of the Internet by IS and other extremist organisations to spread unwanted and potentially dangerous ideologies and narratives internationally.

Recent comments by ex-MI5 chief Eliza Manningham-Buller that Blair’s anti-jihadist program has failed reveal that counter-radicalisation has to be led by both moderate Muslims and the state. Quilliam’s focus on challenging extremism of all kinds recognises that the shape of terrorism is less important than its component roots.

It would be vital for Cameron, therefore, to strike a balance between national security and civil liberties.

Currently, counter-terrorism intervention takes place only when intent has been expressed or there is suspicion of intent (which we cannot predict accurately and with ease). However, little effort is made to effectively challenge the ideology behind this intent or its narrative.

A recent Quilliam report on countering online extremism has stressed that the UK Government should define the parameters of illegal extremist material, as opposed to legitimate political speech, if the speech and content laws defined by the 2006 Terrorist Act are to be widely understood and enforced, both offline and online.

Amendments also aim to provide practical help in preventing individuals from being drawn into extremism or terrorism in a wide range of sectors (including education, criminal justice, faith, charities, the internet and health) where there are risks of radicalisation, as well as supporting organisations that carry out counter-extremism work.

Examples of organisations that target extremism directly in the UK include Counter Extremism Project (a non-profit international organisation made up of international leaders), Inspire (dedicated to counter-extremism and gender inequality and responsible for the #MakingAStand campaign), Stand for Peace (an interfaith organisation aimed at tackling extremism), and the Against Violent Extremism network (using ex-extremists to tackle radicalisation processes and challenge extremist messaging).

Cameron’s statements that Britain is facing the same extremism threat as France, adding that ‘we have to confront it in our own country, keeping our security strong but also taking on this poisonous narrative that is radicalising young minds, wherever we find it’ are more in line with the interests of long-term national security.