Erin Saltman
24 November, 2014
A Britain We All Call Home

Many communities have already become active in addressing Ofsted's concerns about far right and Islamist extremism. 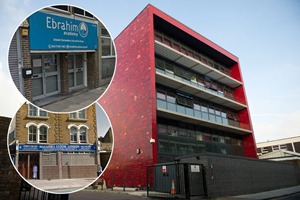 Last week, the media divulged a string of new Ofsted statements. They flagged up a number of secondary schools and sixth form colleges that are said to be vulnerable to radicalisation, or that have been reported as not adequately preparing children for ‘life in modern Britain’.

England’s Chief Inspector of Schools and head of Ofsted, Sir Michael Wilshaw, has said that he is ‘concerned that pupils in these schools may be vulnerable to extremist influences.’

These reports force the public to question how extremism can permeate the education system as well as wider society.

However, there are already many communities which have become active in addressing these concerns by introducing new and innovative programmes to schools, and within their localities, to try and prevent radicalisation.

These community-led actions are addressing the issues of both far right and Islamist extremist groups trying to recruit and propagandise within neighbourhoods.

In Slough, the community was encouraged to stand up against radicalisation in a conference organised by IQRA Slough Islamic Primary School and the Slough Faith Partnership. Attended by teachers, governors, police officers and religious leaders, the conference called for higher levels of counter-extremism training for education workers and community leaders.

The conference also called for the promotion of the teaching of pluralism and universal values – such as gender equality, respect for human rights and tolerance for different ethnicities and faiths – in schools across Britain.

In the East Midlands, comedian and YouTube celebrity, Humza Arshad, best known for his Diary of a Badman videos, has teamed up with counter-extremism efforts. A 15-minute film is being piloted to schools across the region in an attempt to show teenagers the dangers of extremism.

The video, entitled ‘Think for Yourself’, aims to build critical consumption skills within young people, encouraging them to question where information comes from and challenge extremist views actively. If the pilot is seen as successful it will be introduced across the country.

In a grassroots initiative to counter Islamic State (IS) propaganda, students in Leicester have also signed a declaration against IS, which they hope to circulate to different schools. The declaration feeds into the ‘Not in My Name’ campaign.

Even in Portsmouth, where the majority of recent Ofsted allegations has taken place, counter-terrorism police have begun giving students anti-extremism lessons. As part of the local government’s Prevent strategy, a team of officers has started going to classrooms to teach pupils about what terrorism is and discuss awareness around radicalisation.

Both far right and Islamist extremist trends are being discussed as a way of creating an open dialogue about sensitive subject matters to create a higher level of resilience against extremism among students.

It is clear that concern remains on the governmental, community and education system levels. Teachers, as well as parents, are invested in ensuring that students are given an education that not only provides necessary subject learning, but that also provides a platform for young people to engage with the world around them in a healthy way.

Despite the controversial nature of recent Ofsted reports, flagging issues that have been either ignored or overlooked is a catalyst for improvement and reform, as seen by the above examples of local-level education initiatives.

Prevent strategies and counter-extremism awareness is beginning to acknowledge and address the need to prevent entryism into extremist ideologies, rather than focusing solely on violent extremism. These efforts are commendable but also need a supportive infrastructure.

Teachers and local government representatives have expressed the need for better training in identifying extremist trends as well as training which will help them create a dialogue around difficult and sensitive extremism-related topics.

With continued concern over content extremist networks promote online, digital literacy skills are also needed. In an increasingly digital era, it is essential that young people are trained with skills that involve critical consumption of online content, building a more natural resilience against online extremist content and propaganda.

In parallel to critical consumption, it is also important that young people are taught debating skills which allow for a healthy dialogue creating a space for compromise and recognition of different perspectives.

In a healthy society, extremist ideologies, whether far right or Islamist extremist, will naturally be limited to a periphery minority. It is essential that young people are trained to engage with a marketplace of ideas, questioning information and engaging with the world around them.