Members of the British Labour Party calling for meaningful solidarity against ISIS from Labour and the Trade Unions. 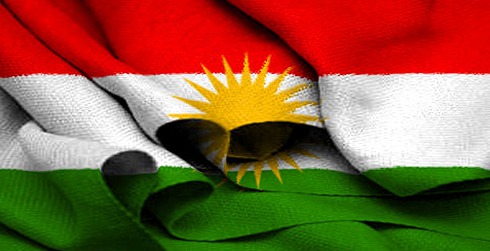 “And all of those who’ve been the victims of genocide and crimes against humanity. We honour their memory, we remember their persecution and their suffering and we say never again” – Ed Miliband, Leader of the Labour Party, Holocaust Memorial, January 2014

We say never again – an open letter to the Labour Movement

We, non-Kurdish members of the British Labour Party and Trade Unions, are calling for an urgent and significant increase in the support from Britain and other countries to the people defending the world against the onslaught of the so-called Islamic State (ISIS).

The Kurds of Kobani, Rojava and the Kurdistan Region, including Yezidis, Christians and other minorities, are on the front line of a global battle against the vilest fascism of our age. We must help them, we must call on the world to help them, and this help must be given by whatever means necessary. The Labour movement is an internationalist movement which understands deeply the plight of those who suffer at under tyranny. We must now stand united in our efforts to secure changes to current UK government policy in this conflict.

The images of grandmothers and grandfathers fighting, and often dying, alongside their younger families is something almost impossible for us in Britain to comprehend. The tales of beheadings, the abandoned dead bodies of women with their breasts cut off, men with their eyes gouged out, sex slavery, genocides and mass executions, and reports of the burning skin of possible acid attacks are too horrific for the British Left to give a half hearted response, or worse.

These atrocities are real, they are happening right now, and those suffering them are real too. They are real women, real men, and real children. They are workers and trade unionists, they are nurses, doctors, teachers and other public servants. They are farmers, electricians, chefs, politicians, and they are fathers and mothers, sons and daughters. They are the same as us, they are our international sisters and brothers and they desperately need, and profoundly deserve, our support.

We pay huge respect to those who have fought and continue to fight so courageously against ISIS. The role of Kurdish women fighters and leaders has been widely reported and had added a further poignancy to a battle which, if lost, would be a victory for an ideology which degrades, silences and enslaves women as a matter of principle. Many of the women on the front line are mothers. They are fighting for the lives and futures of their sons and their daughters. We must help them.

We in Britain are privileged to live in a peaceful, liberal, secular and democratic society, and we must never forgot that such a society had to be fought for, won and defended. It did not happen through some passive progressive evolution, but was won and preserved through progressive politics, through agitation, and most recently through war against Nazism. Now, a powerful horror is being unleashed into the world by ISIS, who believe they are carrying out divine work. They will not give up, they will not stop. They have to be taken on, and defeated, and this has to be done intellectually, spiritually, and practically. The Labour Party does not turn away from those in need. We help. And we must do so with great urgency now.

Each year politicians say “never again” as they lay their wreaths of Remembrance and at events marking the Holocaust. “Never Again” is a commitment to the men and women who fought and died in these wars that their sacrifices will be honoured and defended, through words and deeds. This surely means doing everything and anything necessary to help stop these atrocities now. To turn away from those in need at this moment would be an historically unforgivable act of abandonment to the past, the present and the future.

We on the Left have an historic responsibility to turn powerful statements about solidarity into concrete action and to give our full support to the Kurds at this moment of their greatest need. We therefore implore the entire Labour movement, the Leadership of the Labour Party and the Trade Unions and our fellow members to use our collective influence to seek and support the following:

People are dying every day at the hands of ISIS. They are being enslaved, raped, tortured, mutilated and brutalised and there is no end in sight. Our Labour Party and Labour movement has a duty to do justice to the anti-fascist, internationalist, courageous history of the Left and to do what is so needed now.

All have signed in a personal capacity

23 Responses to “An open letter to the Labour Movement”