There’s jobs and growth in renewables, we just need a clear path to get there. 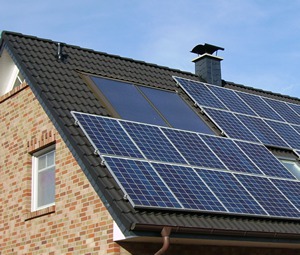 There’s jobs and growth in renewables, we just need a clear path to get there

Last week the government announced some big changes to the support schemes for solar power.

Some of these were expected, others less so. But what do they mean for the industry, and for the UK’s renewable energy transition?

Renewables in the UK have been growing strongly, but people are getting nervous about the future. The mood music from government is inconsistent, ranging from cautiously positive to downright hostile, and it is not going unnoticed. The UK has fallen to seventh in the Ernst and Young index of most attractive renewable energy markets.

There are plenty of other places to invest, and with Asia blazing ahead, there is a real risk that the UK finds itself left on the margins.

This will cost us jobs, investments, and make decarbonisation more difficult and expensive. It means that we will simply end up buying in expertise and technology from the rest of the world, rather than developing it ourselves. It will delay the huge benefits in energy security a renewable system would bring.

In that context yesterday’s changes are a mixed bag. The bad news is the confirmation that the Renewable Obligation will be closed to large scale solar.

Everyone knew this was coming, but it still hurts. From now on all solar installations over 5 MW (essentially solar parks) will need to bid for contracts (called ‘contracts for difference or CFDs) from limited allocation rounds ‘Contracts for Difference’ (CfD) are expensive and complex to apply for work better for bigger operators, and after going through the process there is no guarantee that you’ll receive a contract.

This tips the field in favour of big energy companies, and away from new market entrants and communities. The ‘energy establishment’ may not like renewables much, but they can see which way the wind is blowing (or sun is shining), and are keen to maintain the upper hand.

The good news is that funding available for the 2015-16 allocations under the CfD has been increased slightly. This is certainly a boost, but still leaves onshore wind and big solar fighting over a pretty small budget – enough for just 1000MW of solar or 625MW of onshore wind. By comparison the former Minister Greg Barker claimed to want 20 GW of solar alone by 2020.

It also raises the question about the size of the allocations in later years. Will they be the same size, or will they reduce as they come up against the nominal cap in spending? The prospect of a shrinking industry is not one designed to encourage investment.

We are at a crossroads. In a few years’ time solar could be cheaper than fossil fuels, and employing tens of thousands of people. Using just 15 per cent of roof space suitable for solar could generate as much electricity as six current nuclear power stations, and could be deployed with less cost and in a fraction of the time.

That is a huge prize. But it needs a stable pathway from government to get there. At the same time offshore wind could make the UK a renewable electricity power house, but it too needs scale to support the supply chain, the ports, the factories and the research that will push down prices.

We have had a glimpse of the potential transformation offshore wind could bring to cities like Hull, but if we want to see more of that the industry needs to see demand which reaches into the middle of the next decade and beyond, starting with a firm commitment to a high level of ambition for offshore wind.

Already there are concerns that the money in the Levy Control Framework – the nominal cap on support spending for renewables – is all but spent. Without intervention we could see a declining market for offshore wind towards the end of the decade, and a solar industry held back by government indecision.

Government must act now, with simple policies and sufficient funding, (to ensure that by 2020 we have ramped up wind and solar) and brought down costs. We also need to see solid commitment to decarbonisation by 2030 for the long-term certainty that creates factories and jobs in Britain, and the willingness to invest in the infrastructure necessary to get us there.

In the short term, removing funding from unsustainable biomass could free up much needed money to meet the shortfall in the pot for offshore wind and solar.

There is huge inertia in the energy system, and constant scrambling for compromise. Last week’s changes are just a tiny symptom of that. The challenge for the government is to stop playing both sides.

The challenge for Labour will be to seize the opportunity that is presenting itself, and commit the resources necessary to drive Ed Miliband’s commitment to decarbonise power by 2030. Clear targets and a stable framework to get there will see costs come down faster than the current stop-start approach.

There’s jobs and growth in renewables, as well as the clean electricity we desperately need to tackle climate change. We just need a clear path to get there.