If we want to champion human rights abroad, we cannot undermine them at home. 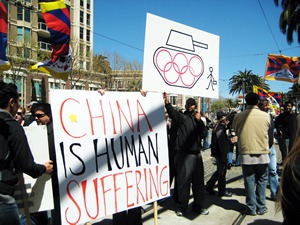 If we want to champion human rights abroad, we cannot undermine them at home

If I had to commend the Tories on one element of their agenda since 2010, it would have to be the Preventing Sexual Violence Initiative championed by William Hague. Culminating in the successful Global Summit to End Sexual Violence in Conflict in June this year, the initiative rallied countries across the world to the cause of tackling violence against women.

Indeed, the world has come together under Britain’s leadership to sign a Declaration of Commitment to End Sexual Violence in Conflict.

It was a proud moment. It was also a surprising one. Who ever expected the Tories would emerge as champions of women’s rights on the global stage? Isn’t Tory foreign policy only supposed to be about naked self-interest – security and trade?

Yet the ending sexual violence in conflict agenda was almost as progressive as Tony Blair wiping away third world debt.

Of course, we shouldn’t ignore the transgressions – the idea of selling Eurofighters to Bahrain just as they were imprisoning and torturing hundreds of human rights activists, and the on-going relationship with Saudi Arabia are just two examples. It’s clear that too often British foreign policy under the Tories is just a ‘global race’ to the bottom.

But credit where credit’s due – the Preventing Sexual Violence Initiative was a bold and very prominent exception.

The problem is, doesn’t it undermine the message of championing human rights abroad if we’re trying to curtail them here at home? How can the British government credibly convince other countries to do more to protect women’s rights if we’re planning on stripping away laws that help tackle rape and domestic abuse in the UK?

This is precisely what the Tories are proposing when they pledge to repeal the Human Rights Act and threaten to pull out of the European Convention on Human Rights.

At this year’s Labour Conference we’ll be co-hosting a fringe with Amnesty International. The full details are here for those who are going to Manchester. The theme will be consistency and human rights, exploring the link between the Human Rights Act here at home and our diplomacy abroad.

Sadiq Khan and Kerry McCarthy will discuss the connection from the home affairs/justice and foreign affairs angles respectively, with Amnesty International UK Director Kate Allen, Richard Hermer QC, and Richard Howitt MEP all adding to the discussion. We expect Sadiq Khan and Kerry McCarthy will make a point of saying that other countries will only take what we say about human rights seriously if we can also apply it to ourselves.

This issue is going to become more and more important. The ascendancy of the global liberal order, underpinned by unmatched Western power, is over. Russia is resurgent. China is getting stronger each year. India, Indonesia, Brazil, Nigeria, Mexico, South Africa and a host of other countries are emerging as regional or even global powers.

The need for British leadership on human rights remains, but as the world changes the assumptions that once made it easy for us to give lectures are starting to be challenged. Put simply, it’s going to get harder to tell countries like China and India to respect human rights.

And yet we must. So we have to do all we can to ensure that message is credible and built on a foundation of consistency and integrity. The most counter-productive thing we can do is strip away our human rights protections here and leave ourselves open to the accusation that it’s one rule for us, and another for everybody else.

Andrew Noakes is Chair of the Labour Campaign for Human Rights