The First World War really did come home, and it had an impact way beyond the one million dead. 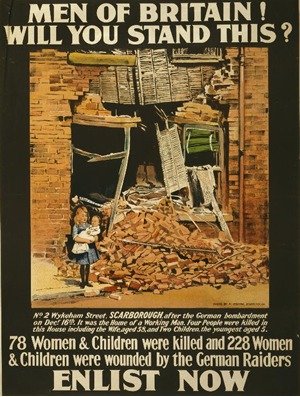 A century ago today, Britain entered the First World War. The cost of doing so was clear: one million dead of Britain and her empire, a sixfold increase in the national debt, and an unresolved diplomatic sphere that would re-ignite in the late 1930s.

But there were other interesting political trends…

Britain’s victory in the conflict was only assured by a combination of heavily increased taxation (the standard rate of income tax moving from 6 per cent to 30 per cent), government regulation (it became, amongst other things, illegal to buy a round at the pub), and piling up a huge deficit reliant on the retail and institutional bond markets.

Stanley Baldwin – future Conservative Prime Minister – in effect implemented a wealth tax of 20 per cent on himself in 1919, when he waived the government’s obligation to pay his war bond back. This increased activity meant that 1914 would be the last year in British history that local government expenditure exceeded that of the centre. Total public expenditure as a percentage of Gross National Income would double between 1911 and 1931, and the percentage of the population employed by the state increased from 5.8 to nearly 10 per cent over the same period. The big state was in.

And, at the same time, the Hemingway-esque lost generation narrative of the best and brightest being disproportionately killed in action is accurate. The vast majority of soldiers were ordinary men from non-august backgrounds, but the aristocratic contribution to the war effort was clear. Approximately one in eight of all British soldiers who served were killed in conflict. For the major public schools like Eton and Fettes the proportion was a far higher one in five. And for the most promising boys at Eton – those who rowed in the Eton eights or won the Newcastle Prize/King’s Scholarships – the rate was a staggering one in three.

The opportunity cost of this loss was impossible to measure, but acutely felt in parliament. Rab Butler – a future Cabinet Minister too young to fight – claimed that ‘the politics of the thirties and forties would have been very different in Britain but for the sacrifices of the First World War.’

…but some clearly came back. 448 men who fought in the Great War – including famous names like Anthony Eden, Harold Macmillan and Oswald Mosley – sat at one point or another on the Conservative parliamentary benches between the wars (making up about 40 per cent of their parliamentary representation at any given point).

Macmillan’s war was particularly courageous. Receiving bullets to head, hip and hand, he spent a day lying wounded and half concussed in a slit trench on the battlefield and reading a book of Ancient Greek to pass the time until his comrades could rescue him.

On the other hand, another future minister Alfred Duff Cooper spent most of the war chasing women, trying to break into his own house when drunkenly losing his keys, and generally wishing a path to the front. He got it, and would win the DSO in 1918.

For their part, Labour only managed to secure an interwar veteran representation of 1 in 10 MPs at most (albeit including Clement Attlee and Hugh Dalton) – limited by the factory or trade union background of many future socialist parliamentarians.

The Tories were not afraid to milk their candidate’s wars and that party’s national appeal – and nineteen years of interwar power – was partly secured through this difference.

All parties had to adapt to a new electorate. Women famously got the vote as a result of their wartime exertions in 1918 and Lady Astor became the first woman to sit in parliament the next year.

But the genuine female political breakthrough would take decades.

In the late 1920s there were more men named William in parliament than there were women at all. The peak of interwar female representation was 15 in 1931 (even then meaning only 1 in 50 MPs were female), and women’s rhetorical sphere was also heavily circumscribed to areas like family and health.

As late as 1953 Herbert Morrison was furious when, in her maiden speech, the new Labour MP Lena Jeger did not ‘stick to women’s problems.’ For all the impact of the interwar Jennie Lees and Margeret Bondfields, it would take the 1945 generation of Labour MPs – Barbara Castle, Bessie Braddock, Alice Bacon – to establish a genuine foothold.

…and they were in large part held back from political prominence by veterans of the Great War. From 1940 until 1963 every Prime Minister (Churchill, Attlee, Eden and Macmillan) had served between 1914 and 1918. Every Foreign Secretary in a Conservative dominated administration between 1931 and 1955 likewise.

Given the more interventionist economic outlook of ex-servicemen (Mosley at the extremes, but a view also incorporating Harold Macmillan’s friendship and long-time correspondence with Keynes) it is perhaps significant that, aside from a year in the 1950s, no such figure became Chancellor of the Exchequer.

Other than Number 11 Downing Street, however, for the most part, the Great War came home.

Richard Carr is a lecturer at the Labour History Research Unit, Anglia Ruskin University, and a contributing editor to Left Foot Forward. He publishes the book One Nation Britain this summer