Top executives are pulling away from the rest of us, according to a new report. 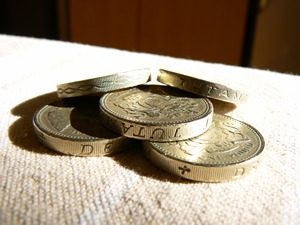 Top executives are pulling away from the rest of us, according to a new report

The high Pay Centre think tank also found that the pay of the average FTSE 100 chief executive had increased from £4.1m to £4.7m last year.

Shareholders were backing the new pay deals, according to the High Pay Centre – despite being given powers to vote them down. More than 50 per cent of shareholders must vote for a policy for it to pass.

The High Pay Centre’s report says that without action trust in business will be damaged by the perception that an “elite” is reaping all of the rewards from economic growth.

“A maximum pay ratio would recognise the important principle that all workers should share in a company’s success and that gaps between those at the top and low and middle earners cannot just get wider and wider,” she added.

It was recently reported that inequality is on the rise once again in Britain after narrowing in the years immediately proceeding the recession. The increase in the gap between the richest and poorest is largely thought to be the result of coalition welfare reforms coupled with a recovery in the rate of pay at the top.