The contemporary agitation for a Caliphate is a struggle to establish a totalitarian state that bears little resemblance to Muslim empires of the past. 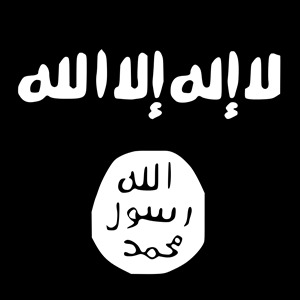 “Go ask any European student if he wishes a return to the time when the Church imposed its rule in Europe and you will find him rejecting the idea point-blank, and even refusing to discuss the matter. That is because he studied history with all its miseries… That is the difference between us and them. For them, history is what happened; for us, it is what we would have liked it to happen.”

Amidst the discussions and debates around the recent success of the Islamic State of Iraq and ash-Sham (ISIS) in Iraq lies the issue of establishing a Caliphate. Groups such as ISIS, as well as other jihadist outfits like al-Qaeda and al-Shabab, seek to establish a theocratic and totalitarian state in which their harsh and literalist interpretation of shariah would be fervently enforced.

They also claim that they are re-establishing the Caliphate, citing the abolition of the Ottoman Empire as the last historical precedent.

However, what these jihadist groups are seeking to establish, and have already done so to a degree in central Iraq, is ahistoric. As pointed out by Faraj Foda, who was assassinated for this anti-jihadist views by members of Gama’a al-Islamiyya, agitation for a Caliphate is based on a highly romanticised and plainly inaccurate reading of Muslim history.

Hence, rather than reviving a political entity from the past, they have, in fact, invented something completely different.

The political project that they are striving for takes its inspiration from European totalitarian political projects, such as Nazism and Communism, which seek to engineer the perfect citizen through overly-zealous state interference in everyday life. This contrasts sharply with Muslim empires in the past that, at their peak, maintained a socio-political climate in which relative religious pluralism and individual liberty was allowed.

Religious courts to handle disputes and police to monitor trading activity in markets did exist but a single interpretation of shariah was not enforced on society. Individual morality was not policed either, nor seen as necessary from a religious point of view. This was in line with a Prophetic tradition that states; “Verily if you follow after the private affairs of the people you will corrupt them, or you will nearly corrupt them.” (Abu-Dawood)

In a mock letter to ISIS, in which advice on how to set up a Caliphate is offered, Egyptian writer Khaled Diab states “Let me give you a clue, it would entail thriving in diversity, penning odes to wine, investing in science, patronizing the arts… not to mention appointing a gay court poet”. Caliphates in the past created an environment in which arts, literature, science and poetry thrived. They produced, amongst others, poets like Omar Khayyam (1048-1131) who once wrote:

When once you hear the roses are in bloom,

The is the time, my love, to pour the wine;

Houris and palaces and Heaven and Hell-

These are but fairy-tales, forget them all.

The numerous Islamic empires such as the Umayyads and Abbasids (750/945-1258 CE) did not canonise shariah; the Ottoman Empire (1280/1389-1922 CE) only did so in its last century. Courts were free to reach individual verdicts based on their understanding of Islamic jurisprudence.

This was a pre-Westphalian world in which individuals were largely left to their own devices as long as they paid taxes and did not rebel against the authorities. Medieval punishments, such as stonings and amputations, were rarely applied in reality and only in certain circumstances when individual cases gained sufficient prominence.

Modern jihadist groups emerged from the Islamist movement which was started in 1928 by the Muslim Brotherhood. This movement was largely inspired by political trends that were prevalent at the time and sought to synchronise modern European political models with Islam. The result was the re-invention of Islam as a totalitarian political ideology, known as Islamism, and militant factions seeking to bring this ideology into existence through militant activity.

The contemporary agitation for a Caliphate is, therefore, a struggle to establish a totalitarian state that bears little resemblance to Muslim empires of the past whilst caricaturing the Soviet Union under Stalin or Germany under Hitler.

By harking back to a mythical history whilst remaining ignorant of the ahistoric nature of their political project, contemporary Jihadism is characterised by its political and historic illiteracy as well as trademark savagery.