Climate has become such a low priority for European leaders that they see the horse-trading over jobs in the Commission as a bigger deal than efforts to avert climate change. 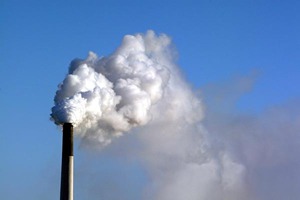 In the course of the last 24 hours, the two biggest polluters in the world – China and the United States – have changed the terms of international talks on climate change, and exposed Europe’s dithering on the issue.

Yesterday President Obama announced that he would use his executive powers to bypass Congress and directly regulate the dirtiest coal-fired power stations off the American power grid. The Financial Times today reports that Obama’s new rules won’t just make it illegal to build new dirty coal-fired power stations, they will also ensure the closure of around dozens of coal stations providing 50 GW of power.

In response to the news from Washington, Reuters reports this morning that China will, for the first time, adopt an absolute cap on levels of carbon output from 2016.

China already invests more in renewable energy than the whole of Europe combined. Like the United States, China is already forcing the closure of coal-fired stations because of excessive levels of pollution. In response to the smog from coal burning that is causing a public health crisis in cities like Beijing, twelve different provinces already have absolute caps on coal consumption.

Whilst Chinese emissions are still rising, research by Greenpeace suggests that the country’s existing pollution control measures alone will lead to a reduction in carbon output equivalent to the emissions of Australia and Canada combined. China is expected to increase its pollution controls further between now and 2020.

So what are our own European leaders doing to enable a global climate treaty next year?

The answer is quite a contrast to events in the US and China. Not a single government in the EU is using carbon pollution controls to force the closure of existing coal burning stations. And with the exception of the UK, no governments have introduced policies to prevent new coal stations being built.

Instead Europe is relying on the Emissions Trading Scheme (ETS) which now has zero influence on levels of coal burning or energy investment decisions. Meanwhile, Europe’s 2020 carbon reduction target is so weak that it was met seven years early.

Climate has become such a low priority for European leaders that they see the horse-trading over top jobs in the Commission as a bigger deal than the direction of global efforts to avert climate change.

The bun fight between David Cameron and Angela Merkel over whether Juncker should become Commission President, which could roll into the autumn, is now likely to push the big decisions on climate and energy policy towards the end of the year. The row over Commission jobs could even see decisions over 2030 climate and energy goals knocked into 2015.

And rumours are swirling around Brussels that Britain may be blocked from getting the economic Commissioner portfolio that the government tends to covet.

Instead, Andrew Lansley, or perhaps Andrew Mitchell, could end up with the energy brief as a consolation prize (possibly combined with the climate portfolio as in Whitehall). Neither are exactly known for their climate leadership credentials.

Indeed, Europe’s renewables policies could be undermined if their cheerleader came from a party so implacably opposed to wind power.

Whilst President Obama’s own adviser on climate change, John Podesta, has acknowledged in the past few weeks that the new US carbon rules won’t in themselves be sufficient to avoid the worst risks of climate change, the new announcements from Beijing and Washington signal fresh international momentum in the run up to next year’s key UN climate summit in Paris.

Europe needs to step up with an ambitious new climate offer, if we are to get an outcome from those talks that best serves our common interests.

Joss Garman is associate fellow on climate change at IPPR