The prize will be awarded to the best civil society initiative that can demonstrate that it has reduced poverty in a tangible way. 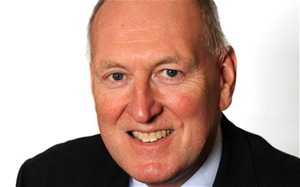 Last week the All Party Parliamentary Group on Poverty in association with the Webb Memorial Trust and the New Statesman launched two important pieces of work on the role of civil society in tackling poverty in the UK.

Sadly, this was the first major event of the APPG Poverty where we were not joined by the Group’s secretary, and my dear friend, Paul Goggins MP, who died earlier this year.

Paul was a champion for the anti-poverty agenda in parliament and outside. While it is often an uphill battle to keep poverty at the top of the political agenda, it never ceased to underpin Paul’s priorities and his work.

For Paul, the anti-poverty debate was not a discussion to be had solely by politicians and academics, separate from the everyday lives of people struggling to cope with the reality of poverty. Paul believed that the voices of people living in poverty should be heard at the highest level and that direct local action amongst citizens to address poverty should be encouraged and embraced.

Before entering Parliament in 1997 as MP for Wythenshawe and Sale East, Paul was director of Church Action on Poverty, developing the charity into a powerful advocate and campaigner for people living in poverty across the UK. Paul’s work included establishing the Churches’ National Housing Coalition in 1990 and overseeing the groundbreaking ‘Local People National Voice’ project, which sought to provide a local and national platform for the voices of people with direct personal experience of poverty. This culminated in the first National Poverty Hearing in Westminster Central Hall in 1996.

Today, one of the three key areas of work for the APPG on Poverty is ‘Children’s Voices’, where we have enabled young people from some of the most poverty stricken wards across the UK to come to parliament to develop their own child poverty strategy and discuss the impact of poverty on their lives face to face with parliamentarians. The decision to pursue this area of work with the young people was in no small part due to Paul’s conviction that the poverty debate must include the voices of those people living through it as a daily reality.

As minister with responsibility for the voluntary and community sector under the Labour government in 2003, Paul would have been particularly encouraged by many of the civil society initiatives outlined in our report last week. The growth in the number of Fairness Commissions around the country is an extremely positive movement that encompasses much of what Paul stood for: stakeholders, citizens and communities coming together at a grassroots level to say no to the acceptance of people living in poverty in our local areas.

It is in this spirit that the APPG on Poverty is honoured to announce the Paul Goggins Memorial Prize. The prize will be awarded to the best civil society initiative that can demonstrate that it has reduced poverty in a tangible way.

The prize, worth £3000, will be given jointly by the APPG on Poverty and the Webb Memorial Trust.

We welcome nominations on behalf of local community projects and are looking for innovative and engaging ideas that have worked effectively in and with local communities.

Submissions can take any form, and creative ways of expression are particularly encouraged. Photographs, videos and other visual supporting evidence will be welcomed.

To enter, the organisation or project will need their local MP to nominate them before 5October 2014. MPs of shortlisted projects will be invited to present the proposals in parliament in the autumn, at an awards ceremony to be hosted by the Speaker of the House of Commons, John Bercow.

Kate Green OBE is Labour MP for Stretford and Urmston