Today’s announcements are welcome, but the direction of travel is worrying. 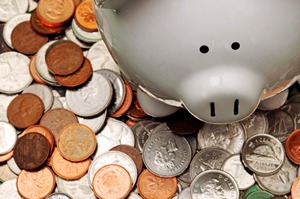 Dalia Ben-Galim is an associate director at IPPR

Parents will be relieved that today the government is responding to the rising cost of childcare. Over the last five years, childcare costs have risen by 27 per cent at a time when many have seen no rise in their wages.

But is this announcement as good as it seems?

The best part of the move sees the government responding to calls that all parents on Universal Credit should have 85 per cent of their childcare costs met. And the plan to transfer administration for vouchers to a single scheme (through HMRC and NS&I) is likely to squeeze childcare voucher companies out, offering savings for government.

Across the political spectrum, there is now consensus that early years provision is important for both for children’s development and helping parents – especially mums – into work. This is definitely good news; but today’s announcement also raises new concerns and there are more worrying signs on the horizon.

The scheme seems to have been both expanded and accelerated, yet the cost of implementation has apparently remained the same.

Yet, despite this expansion and acceleration, the Treasury estimates that it is still a £750million package because their estimates of eligible families has decreased from 2.5 million families to 1.9 million. This is based on revised estimates to be published as part of the Chancellor’s Budget tomorrow.

The expansion of support for people on Universal Credit is going to be funded by cuts to Universal Credit. The Treasury says: “in line with the principles of the welfare cap, offsetting savings to fund this expansion will be found from within the Universal Credit programme. Further details will be set out at Autumn Statement,” again tainting what should be welcome support to families.

Overall, an expanded system of tax-free childcare is still regressive, skewed to benefitting higher income families and doesn’t necessarily secure lower costs for parents or government. In fact, IPPR analysis shows that tax-free childcare on its own will not make childcare more affordable for families.

The government has not got a plan to regulate the childcare market, nor control prices for parents, which makes pumping tax relief into the system a short-term fix with long-term price rise consequences.

Reforms in Australia through the 1990s illustrate how this kind of ‘demand-led funding’ can lead to increased costs without necessarily increasing quality.

There was a much needed increase in the supply of places, but public expenditure rocketed beyond policymakers’ expectations (from $500m AUD (£278m) in 1996 to $3.3bn AUD in 2008), as did costs for parents. Between 1996 and 2007, childcare costs ballooned by over 100 per cent (compared to a rise in general inflation of 27 per cent over the same period).

And in 2008 when the childcare rebate was extended to cover 50 per cent of all remaining costs (from 30 per cent), prices continued to rise by 10 per cent as many providers saw it as an open invitation to raise their fees.

In the UK, even after today’s announcement, more radical reforms are needed. Supply-funded systems that offer direct childcare provision or direct payments to childcare providers are more effective than demand-led systems in both achieving lower net childcare costs and at ensuring high quality provision.

Many of these systems provide at least part of the entitlement free, with a cap on costs for any additional expenditure to ensure fairness. These are also the countries where maternal employment rates are highest.

IPPR’s report Childmind the Gap has shown that there is a tipping point – an amount that balances work incentives for mothers with childcare affordability – of about 10 per cent of family disposable income. This should be the goal in reforming tax credits and vouchers.

Reform may have to be done in stages, and providers may need measures which ensure some kind of stability in the transition; but it should remain the ambition.

Today’s announcements are welcome, but the direction of travel is worrying. These reforms should be used as a down payment on a more radical extension to support childcare in the next Parliament that delivers better outcomes for children, families and society.