The illegality of drugs causes vastly more misery than the use of drugs. 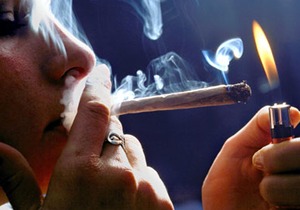 John Rentoul has an interesting piece in today’s Independent in which he councils against the legalisation of marijuana.

His premise is a straightforward one: if marijuana is made legal then more people will invariably use it, which is bad, and the fewer individuals that use drugs the better.

First of all I’d like to agree with John on something before I challenge his broader point. There is, as he points out, some evidence that cannabis is harmful – especially to teenagers with their still-developing brains.

“One, is cannabis harmful? Mostly, no. Mostly, its effect is to make people boring. But it is possible that, in some cases, it acts as a trigger for serious mental illness, especially for male teenagers,” he writes.

I think one might even go further than this. I think there is quite a lot of evidence suggesting a link between heavy cannabis use among teenagers and mental health problems, particularly schizophrenia. I remember being convinced of this even before much of the recent evidence emerged – one of my best friends from school, a heavy cannabis user, was Sectioned at 17 and has been in and out of ‘sheltered’ accommodation ever since.

A few years after leaving school I remember hearing of several others in my extended peer group who were experiencing mental health issues – all of whom heavy cannabis users.

This is anecdotal evidence to be sure, but as I said, there is an increasing body of evidence linking teenage cannabis use with mental health problems.

That said, I must take issue with John’s assertion that legalising cannabis would result in more people using it.

Portugal, a country which moved in 2001 to abolish all penalties for the personal possession of drugs, has seen drug use among teens decline. Rates of new HIV infections caused by sharing of dirty needles has also dropped significantly. The number of people seeking treatment for drug addiction has more than doubled in the five years after decriminalisation. Proportionally, more Americans have tried cocaine than Portuguese have tried marijuana.

Similar evidence can be found in the Netherlands, where citizens have been permitted to buy marijuana for over 20 years. A comprehensive 2004 study found that, for most age groups, marijuana use as a percentage of the population is similar to that seen in the United States. For young adolescents, however, rates of marijuana use were lower in the Netherlands.

“The idea that the existing policy on drugs in this country, and almost everywhere in the world apart from Colorado and Uruguay, is a self-evident failure is not a truth that is self-evident to me.”

Well the Global Commission on Drug Policy, which presumably knows a bit about the effects of prohibition, released a report in 2010 which argued that the global war on drugs has resulted in ‘devastating consequences for individuals and societies around the world’.

The US government spent over $15bn dollars in the same year on its persecution of the illegal drugs trade, at a rate of around $500 per second – surely money which might be spent elsewhere. Around 90 per cent of all cocaine consumed in the US comes via Mexico – a place where, between 2006 and 2012, over 47,000 people were killed in President Philip Calderon’s violent battle with the drug cartels.

As Christopher Hitchens once remarked, “I’m not threatened physically at all if someone wants to put a substance into their system…what does threaten me is the people who will shoot at each other in the street for the right to sell him that stuff.”

The illegality of drugs (and the criminal activity which is funded by drugs) causes vastly more misery than the use of drugs. This may, in most instances, relate to the sale of hard drugs; but the purchase of cannabis often helps put money into the hands of the criminals who deal in the harder drugs – and who are often involved in other, even more serious criminal activity.

And what about the straightforward argument for freedom? If someone wants to put a substance into their system, then why should it be any of the government’s concern?

There is certainly a case for keeping cannabis away from teenagers; but prohibition can have the opposite effect, and can lead to further experimentation with harder drugs. As a young person, finding out than one illegal drug is really not the big deal it is made out to be breeds mistrust in drug warnings and laws in general, and as a result can lead to further experimentation.

This is just one consequence of policy based not on evidence, but on a puritanical attempt to decide for other people what they should be allowed to put into their bodies.

10 Responses to “Why John Rentoul is wrong about cannabis”