Workers have experienced the longest fall in real wages since at least 1964, new figures from the Office of National Statistics (ONS) show. 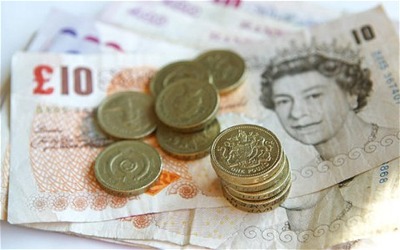 Workers have experienced the longest fall in real wages since at least 1964, new figures from the Office of National Statistics (ONS) show.

In figures out today, the ONS says real wages have fallen by 2.2 per cent annually since the first three months of 2010.

Real wages calculate earnings once the cost of inflation is taken into account. The ONS report says that, although falling incomes had probably come to an end, the average household is unlikely to see its income recover before the next election.

A fall in productivity was cited as the main reason behind the fall.

Inportantly for the coalition, the ONS also said wages continued to fall in the third quarter of 2013 – the latest figures available for all measures – seeing a drop of 1.5 per cent compared with the same period in 2012.

Commenting on the figures, Labour’s shadow chief secretary to the Treasury Chris Leslie MP said the figures showed the “biggest fall in real wages since records began 50 years ago”.

“Wages after inflation have fallen by 2.2 per cent a year since 2010. But while working people are worse off under David Cameron he has chosen this time to give the richest one per cent of earners a huge tax cut.

“Labour will act to ensure we earn our way to higher living standards for all and tackle the cost-of-living crisis. We will freeze energy prices until 2017, expand free childcare to make work pay, boost the minimum wage and promote the living wage. And we will balance the books in the next Parliament by making fairer choices, including by reversing David Cameron’s tax cut for millionaires.”

According to the Institute for Fiscal Studies (IFS) Green Budget 2014, real earnings remain much lower than their 2009/10 levels, and are unlikely to return to those levels for four to five years.