Does anyone deserve to make sums of money so far in excess of what the majority of UK workers earn? 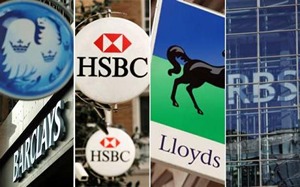 We are becoming a more divided society as a result of the bonus culture in the banking industry. Speculators in the City of London snatch a growing share of the country’s riches, leaving everybody else to scrap over the diminishing pool of what remains.

The bonus culture has also been criticised by a number of studies into the multiple banking scandals that have occurred in recent history.

For example, the Salz Review into business practices at Barclays, commissioned in the aftermath of the LIBOR manipulation scandal, suggested that the large pay packages for investment bankers promoted a cut-throat focus on hitting bonus targets at the expense of ethics, customer service and sustainable growth.

This proved immensely damaging to the Bank in the long-term.

From a moral perspective, there is the question of whether anyone deserves to make sums of money so far in excess of what the majority of UK workers earn for work of little social value, particularly when they are supported – implicity or directly – by the taxpayer.

The New Economics Foundation’s ‘mythbuster’ on the value of the City of London to the UK economy shows that the jobs created and taxes paid by the financial services sector are of less value than the cost of the bank bail-out and collapse in GDP resulting from the banking crisis.

So, whether or not the EU bankers bonus cap debated at Prime Minister’s Questions yesterday is a sensible measure, the problem it is designed to solve is a critical one, from both an economic and moral perspective.

As the chief shareholder in RBS, the government is in a position to support or block the Bank’s plan to pay the maximum permissible bonuses, of 200 per cent of annual salary, under the cap.

To allow bankers whose jobs only exist because of support from taxpayers to pocket seven-figure bonuses at a time when wage growth continues to lag behind inflation would deal another hammer blow to public faith in politics and banking alike. 83 per cent of people think that bankers are greedy and get paid too much.

This is not something to be taken lightly, yet the government’s language on the bonus cap implies that they are unlikely to stand up to the bankers’ demands.

George Osborne said yesterday that the cap would only lead to bankers’ salaries increasing; but in the case of RBS, the government, as majority shareholder, could prevent this from happening. Ministers such as Eric Pickles have no qualms about speaking out regarding high pay for senior civil-servants; so why not for publicly-funded bankers?

The likelihood is that Osborne buys into the argument that banks will lose key staff to their competitors if their multi-million pound pay packages are curbed. However, there is little evidence to support the claims that reduced pay really would cause an exodus from the UK banks or that this would be so damaging to banks performance even if it did occur.

Similar threats were made when the 50p tax rate was introduced in 2009, yet the number of British bankers moving to Switzerland – the predicted destination for those fleeing the new tax rate – actually fell from its 2008 peak.

For RBS staff working in Asia or North America, where they could avoid the bonus cap by crossing the street to work for a local competitor, Osborne’s argument is stronger. But even here, improved workplace relationships and culture with emphasis on non-financial forms of recognition could serve to attract and retain staff while also helping to cut the banks costs in comparison with their rivals.

Better investment in identification and development of talent, as opposed to paying millions to poach employees from other banks, would compensate for the loss of so-called top talent and is likely to prove a more sustainable strategy for success in the long-term.

This is the challenge that the government should be putting to RBS, rather than lobbying for a discredited business model and ignoring public anger.