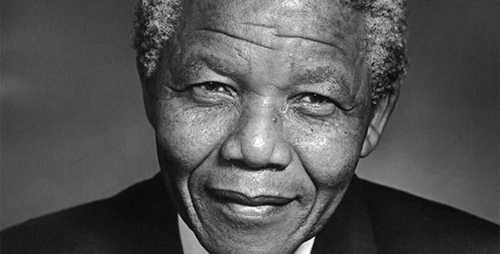 Robert Somynne is a writer and poet from London. You can follow him on Twitter at @RobertSomynne

Nelson Mandela’s death will be the focus of much attention across the world as well as in Africa. He continued even in his elderly frail state to be an inspiration.

Indeed he was a living symbol of struggle, justice and redemption.

But as it has been said before, I believe that his greatest legacy was not to be the grandfather of racial equality, but rather the great man’s ability to go and stay out of politics after he exercised power.

It is also so glaring a fact in the context of African politics due to African leaders’ lack of ability in doing just that: leaving after the victory. The second gift and unheeded lesson of his career and life was that of honesty, integrity and good governance. A lesson extremely pertinent for a continent so bereft of selfless leadership and good governance.

Nelson Rolihlahla Mandela was born on July 18, 1918 on the eastern coast of Africa in Mvezo. When his father died Nelson was nine, yet he would honour his memory by being the first person in his family to attend school.

But it is the attitude and tragic degradation of the party he was to lead into liberty and triumph that points to the tragic legacy of Mandela. Although the man stands a sheer titan, his followers and protégées have squandered any moral credit he built during his 27 years in captivity.

The news is not all bad in terms of African politics. Economic growth for the region has been erratic yet in some parts healthy; but concerns over freedom of expression, inequality and continuous and fractious wars remains. Perhaps the only good thing to come from the passing of Mandela is the reduced capacity for the current crop of politicians in African – especially in South Africa – to monopolise and use his memory to shield themselves from further criticism.

Mandela had a dream for his beloved South Africa, which had been ravaged by state-sanctioned racial bigotry under apartheid. He saw all the peoples of South Africa – various African ethnic groups, descendants of European settlers and Asian immigrants, and peoples of mixed race – as his brothers and sisters, all citizens of a nonracial, nonsexist, modern South African state.

Unlike most so-called nationalist leaders in other parts of the African continent who fought against colonial oppression, Mandela did not seek to replace Afrikaner-imposed tyranny of apartheid with institutional structures that would allow African ethnic groups to exploit others.

Yet today some people fear that Mandela’s dream has been betrayed and that the ‘rainbow’ nation that he fought so hard to found is gradually descending into some type of apocalyptic society.

South Africa’s economic situation is currently less than ideal. The African National Congress (ANC) says that much work still needs to be done to ensure progress. Of particular concern is the persistence of large income inequalities and high rates of joblessness among the youth.

Mandela’s hope was for the establishment of a nation that extended equal opportunities to all its people while maintaining high rates of economic growth. Though his policies were not perfect, he made large-scale economic reforms. His creativity, compromise and courage offered an admirable example as South Africa continues to tackle inequality.

The ‘fear that dare not speak its name’ in South Africa is that what happened to Zimbabwe will happen to South Africa. That moral triumph of a truly righteous liberation movement degenerates into ineptitude, cronyism, plutocracy, expropriation, mass deprivation, and economic collapse. South Africa is 18 years out from majority rule; in the history of Zimbabwe, that would be 1998, just before the troubles began.

Recall that Zimbabwe was one of Africa’s richest countries, with a mass black middle and upper middle class, ‘the breadbasket of Africa’. It is now one of the world’s poorest countries. Anyone who visits South Africa can see the shocking poverty and inequality there, more than America or any banana republic, and the need for drastic measures to advance the welfare of the underclass.

One hopes that South Africa’s political class will choose economic development, investment, anti-corruption measures, progressive taxation, high quality mass education, human capital investment, healthcare and a robust welfare state over the sorts of political shenanigans and expropriations which destroyed their neighbour. A South African friend once told me “That can never happen here brother, we have too many right-thinking people.”

I sincerely hope he is right about the political leadership of the country, and that they will “grow the economic pie and redistribute the slices”, rather than destroy the pie for all but the plutocracy.

Nelson Mandela: a life in quotes