In order to eradicate acid violence the full extent of the crime needs to be recognised. 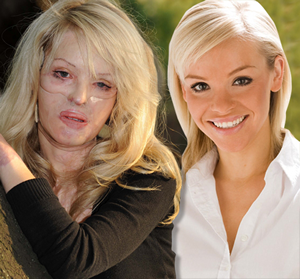 Shabina Begum is a Lawyer, Churchill Fellow and Gender Based Violence Advocate, who will show her Acid Violence documentary – The Many Faces of Acid Violence – at the Feminism in London conference on October 26. More information on the conference can be found here.

Acid violence gained national attention in the UK five years ago after the attack on former model Katie Piper. However, there are still no specific organisations in this country to support the survivors of acid attacks.

At this year’s Feminism in London conference on October 26, I will speak out against acid violence – a topic that seemed unimaginable to the feminist activists of previous decades.

Acid violence is the deliberate use of acid to attack another human being. The victims of acid violence are overwhelmingly women and children, and attackers often target the head and face in order to maim, disfigure and blind.

In the UK the horrific impact of acid violence was highlighted by the case of Ms Piper, whose identity was permanently changed after the malicious attack.

On March 31, 2008, the old Katie Piper disappeared forever. The acid, hurled into her face on a busy London street, disfigured her beyond recognition. Some slipped down her throat with further terrible consequences.

Unfortunately, this was not a one-off story and the reality is there has been an increase of acid attacks in the UK. In 2009 it was reported in the Daily Mail that acid was used as a weapon for honour based violence in East London. In March 2012 the Guardian reported a racially motivated acid attack in Salford. This year there were two cases reported in London: 20 year old Noami Oni was attacked near her home in Dagenham and a 28-year old woman was attacked in Romford and chose to remain anonymous out of fear of reappraisals.

Sadly, there are many other unreported cases and silent survivors in the UK. According to the NHS Information Centre, 44 people were admitted to hospital between 2006 and 2007, after being ‘assaulted with a corrosive substance’. This figure increased to 67 within a year and the numbers have continued to rise by almost threefold within five years.

In the UK there are no specific organisations that support survivors of acid attacks: any such cases are usually handled by the police or hospitals. If the crime is committed in the context of a domestic relationship the survivor is referred onto a domestic violence organisation.

In countries where acid attacks have been branded a prominent issue legislative change appears to be the way forward. Bangladesh was the pioneering country to pass acid violence-specific legislation in 2002: The Acid Control Act and The Acid Crime Control Act. Cambodia and India are also united in the same stance of devising legislation, albeit at different stages. The Cambodian acid-specific legislation, the Law on Regulating Concentrated Acid was passed in December 2011.

In Sri Lanka, there is no legislative response to acid violence, but the need appears to be of a preventative one, which can be achieved by raising awareness and nationally acknowledging the issue. The UK stands closest to the situation in Sri Lanka, where acid violence is not nationally recognised, but the problem seems to be increasing. If acid violence is viewed as an extension of domestic violence this would open up avenues to combating this heinous crime.

The UK is at a stage where it can prevent the crime from growing; therefore, it should not allow this horrific violence to become its new societal identity, but should act to eradicate the problem now.