At the time of writing, the news story having been the lead ‘breaking news’ item, has now slipped to the fourth story on BBC television news. 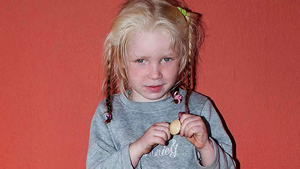 The mother of the child described as the ‘blonde angel’ found living with a Roma family in Greece has been identified through DNA evidence as a Bulgarian woman.

This news is consistent with the information provided by the Roma couple in Greece, now incarcerated and facing charges of child abduction.

The authorities investigating the case have rapidly turned the focus of their investigation into identifying whether the child was sold by the biological mother, as this would be a basis for charging them.

Police, social services, the media and some members of communities with Roma people have been driven by this hysteria to behave in ways that only reinforce racist stereotypes of Roma child stealing. This hysteria has led to the snatching, followed by the rapid return of two blond Roma children in Dublin to their families after DNA evidence showed they belonged to the families.

The case of Maria in Greece  has triggered an ugly discourse consisting of three main elements:

That the focus is now on securing grounds for criminalising Maria’s biological parents – and possibly the foster parents – is disturbing. How plausible is it that poor Roma parents secure significant financial gains through the selling of children to one another? If the Roma foster family in Greece intended to sell Maria on, would the best time not be when she was a baby, not a child of five or six?

It is much more likely that Maria was given up under the circumstances described by both families.

At the time of writing, the news story having been the lead ‘breaking news’ item, has now slipped to the fourth story on BBC television news.