Climate crisis is being fuelled by unregulated finance. 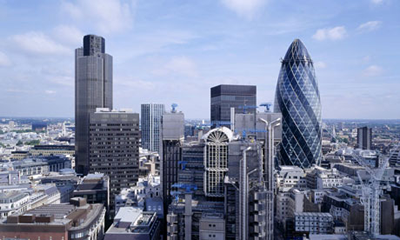 Nick Dearden is the director of World Development Movement

World leaders and scientists concur – the world is getting hotter and it’s because of human activities. On Friday William Hague and Ed Miliband rushed out statements calling for more action to slow climate change.

They show little understanding, however, of what it would take to tackle the underlying causes of climate change: a broken economic model which has already brought Europe to the brink of catastrophe.

Climate crisis is being fuelled by unregulated finance. Investment in fossil fuels underpins our financial system. The home of fossil fuel investment, unsurprisingly, is London.

In a report released by World Development Movement today, London-listed companies are shown to hold so many investments in fossil fuel reserves, that if dug up and burnt, these reserves would create six times the carbon emissions which the whole world currently produces in a year. Or 475 times what the UK produces.

Nearly every British pension is heavily invested in fossil fuels. The value of fossil fuel shares on the London Stock Exchange is £900 billion. Coal reserves held there are the largest held by any stock exchange in the world. London is truly the world capital of this most dirty of fossil fuels.

The top 5 UK banks – HSBC, Barclays, RBS, Lloyds and Standard Chartered – underwrote £170 billion in bonds and share issues for fossil fuel companies between 2010 and 2012. In Indonesia, UK banks have lent more for coal mining than banks from any other country.

As one example, loans from Barclays are helping a company clear people and destroy rainforest in order to mine coal. London-listed mining giant BHP Billiton – a company supported with loans from Barclays, Standard Chartered, RBS and Lloyds – is also considering mining Indonesian Borneo.

In other words, the financial sector is behaving as if these fossil fuel reserves are going to be burnt. As things stand, our financial ‘health’ depends upon it. If these fossil fuels are not burnt, these investments represent the most enormous bubble, which when burst will trigger massive economic crisis. If they are burnt, on the other hand, the City of London will burn with them.

Today, all companies listed on the London Stock Exchange have to start reporting on their carbon emissions. But the move is incredibly timid because while a bank will have to disclose the carbon footprint of the electricity used in its offices and the petrol used by its company cars, it doesn’t have to say anything about investing billions of pounds in fossil fuels.

The solution to both climate and economic crises relies on financial regulation. This does not mean simply encouraging banks to invest in renewables. There is already investment in renewables, indeed in some areas commentators are already speaking of a bubble. This has done nothing to dent the importance of fossil fuel investments.

What’s more, a renewable sector dominated by Western banks and corporations will not produce an energy sector which is any fairer, in which more people enjoy access and control of energy. A Western-financed, corporate constructed mega-wind farm might look nicer than a coal mine and have a better impact on the planet, but it would still be driven by the desires of profit rather than the needs of people.

What we need is public spending and public control, what some are calling ‘energy democracy’. As well as renewable energy infrastructure, this means investment in the public sector – in public housing and transportation. It requires redistribution of resources to the developing world to help countries invest in their own low-carbon public sectors – the repayment of a debt for trashing the planet.