Pharmacy chain Alliance Boots has been accused of "fleecing Britain" as a report out today reveals that the company has avoided over a billion pounds in tax in the past six years. 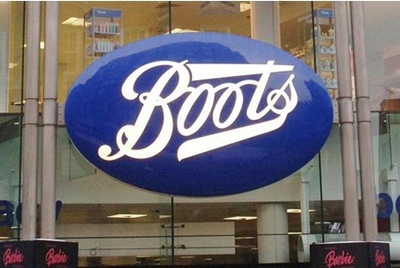 Pharmacy chain Alliance Boots has been accused of “fleecing Britain” as a report out today reveals the extent to which the company has avoided paying tax over the past six years.

The multinational pharmacy-led health chain avoided at least £1.12 billion in tax since going private in 2007 according to a new report which will be launched this afternoon by Unite the union, the UK anti-poverty charity War on Want and the Change to Win federation of US trade unions.

And shoppers at Boots will be warned by the three organisations that the money the company has avoided in tax is enough to pay for two years of prescription charges in England, the starting wages of 78,000 nurses, or 5.2 million ambulance calls.

The three organisations are calling for action from the UK government to modernise the outdated tax system, which allows companies to manipulate their profits to avoid taxes.

• reform of taxation in British Overseas Territories, and;

• transparency and accountability for public contracts undertaken by private companies.

Alliance Boots, which draws an estimated 40 per cent of its UK revenues from prescriptions and related services – mainly paid for by the NHS – racked up massive debts to fund its 2007 buyout and may have apportioned this liability to reduce its corporation tax by about 95 per cent over six years.

The transaction was led by US private equity firm Kohlberg Kravis Roberts & Co. L.P. and the company’s billionaire executive chairman Stefano Pessina, who is based in tax-free Monaco.

Several Pessina and KKR-related entities with stakes in Alliance Boots operate in other tax havens, such as Luxembourg and the Cayman Islands. In 2008, Alliance Boots relocated to the low-tax canton of Zug, Switzerland, even though the company generates no revenue there. The holding company that owns Alliance Boots is located in Gibraltar.

Unite general secretary Len McCluskey said the news was “yet another revelation that a high street name is fleecing Britain”.

“Boots has deliberately woven a web to support its tax avoidance habit, the scale of which is so big it could have paid for two years’ worth of prescription charges for everyone in England,” McCluskey said.

And he added that corporate culture in Britain was “rotten to the core”.

Executive director for War on Want John Hilary said it was “utter hypocrisy that Boots relies mainly on the NHS for 40 per cent of its UK revenues, while at the same time avoiding its own tax responsibilities”.

“This is just the latest in a string of scandals that make a mockery of the government’s supposed crackdown on tax dodgers,” he added.

“Corporate tax avoidance is not going away unless we shine a light on it and unless policy makers act decisively. This is an international issue but our report gives the UK government every reason to act more forcefully to limit abuses by private equity backed firms like Alliance Boots”.

6 Responses to “Alliance Boots ‘fleecing Britain’ as it avoids £1.1 billion in tax”