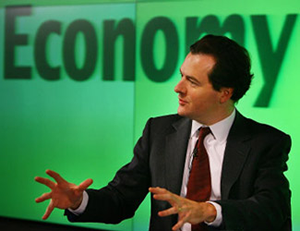 Employment in the three months from May to July stood at 29,836,000 – up 80,000 from the previous three month period. We can expect the government to boast about the fact that this is another record, but a couple of cautions are necessary.

One is that the record employment level is the result of impressive growth in employment of people over 65. For the second month running, there are over a million people aged 65 and over in employment. This figure has risen 150,000 in just two years and is 50 per cent higher than it was before the recession. 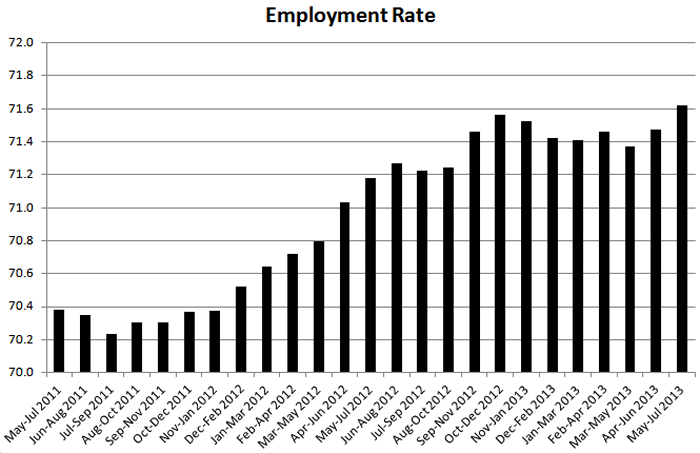 Unemployment also came down by 24,000, using the International Labour Organisation’s definition. The Claimant Count measure of people claiming JSA fell 32,600 between July and August, the tenth successive month of reductions. My key indicator for unemployment, the ratio of the number of unemployed people to the number of job vacancies fell again, from 4.9 to 4.6 (but this is still substantially higher than the pre-recession norm of about 2.5).

Among the unemployed will be NHS workers – the public sector employment figures, also released today, reveal that employment in the National Health Service fell by 21,000 between the first and second quarter of this year and NHS employment is now at its lowest level since the third quarter of 2008. Employment of workers in “other health and social work” also fell, by 5,000; employment in this sector has fallen 17.7 per cent since the general election.

The underemployment crisis also continues, with the number of part-time workers who say they are working part-time because they could not get a full-time job rising a further 25,000. The number of workers in this position has more than doubled since the start of the recession:

Part-time workers who could not get full-time jobs (000s)

The final sign that there is something unhealthy here is the continuing decline in real wages. Between June and July average weekly earnings (total pay) fell slightly, from £475 to £474.

This is the third successive fall – a sequence that has never happened in this series of figures, which goes back to 2000. This is because of the fall in bonus pay (now that the finance industry high fliers have dodged their income tax by getting their bonuses paid in April) but even if we look at regular pay (i.e. excluding bonuses) the annual rate of increase has fallen, from 1.1 to 1.0 per cent.

Even in cash terms, average weekly regular pay has essentially been frozen for four months:

We need to be clear what is happening here. If you have had the same job for a year, the chances are that that your pay will have risen by more than this. According to Incomes Data Services, while the Retail Price Index for July was 3.1 per cent and the Consumer Price Index was 2.8 per cent, the median pay settlement in the three months to the end of July was 2.5 per cent. This is slightly below inflation, but not as bad as the AWE figures.

The AWE figures are showing what statisticians call a ‘compositional effect’ – there’s always a great deal of ‘churn’ in the labour market, with jobs disappearing and being created. What has been happening for some time is that the jobs that are being created tend to be lower paid, bringing the average down. As the TUC reported in July, 77 per cent of net job creation since July 2010 has taken place in industries where the average wage is less than £7.95 an hour.

This means that we are becoming a lower pay economy.

When this happens for short periods it isn’t necessarily a bad thing – in a recession it may be better to see pay fall than for people to lose their jobs. But this has now been going on for years, and pay rises have been low by historical standards for a decade.

A low pay economy, with low productivity, low exports and low investment are not a good basis on which to compete in the post-recession world.