Labour’s childcare announcement is a welcome attempt to try to bring down parents’ childcare costs. 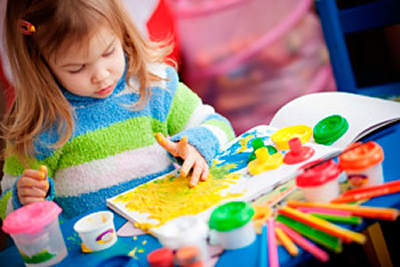 Giselle Cory is a senior research and policy analyst at the Resolution Foundation. She tweets at @gisellecory

Now is a good time to talk about childcare. Costs are rocketing but incomes are not. All the while childcare support has been cut.

None of this has passed by lower income families who are struggling to make work pay.

It is young mums in particular who are often forced out of the labour market when childcare costs are unsustainable. In the UK there is a stark gap between the employment rates of men and women. This gap is biggest for people in their mid-20s through to late-30s, as this week’s ONS release shows.

This is not a simple reflection of parents’ preferences, and it is not inevitable. Other countries have a higher proportion of their mums in work, and more of them in full-time (rather than part-time) jobs.

Moreover narrowing the gender employment gap is not just about equalities. The UK would see many benefits. Closing it completely would have a larger effect on household income and inequality than closing the female to male hourly pay gap.

Many mums say that childcare – whether its high cost, poor availability or low flexibility – keeps them from the workplace.

And the pressure is not easing. A poll of 1000 users of the parents’ website Mumsnet for the Resolution Foundation found that nearly half of parents felt their ability to meet the costs of childcare has gotten worse over the past year while only one in ten felt it had gotten better.

Labour’s childcare announcement is a welcome attempt to try to bring down parents’ childcare costs. The announcement came in two parts. Firstly, Labour made an offer of wraparound care (childcare at the beginning and end of the school day) for primary school children. This would allow mums to work a full day without the constraint of 8am drop-offs and 3pm pick-ups.

This is important in a labour market where truly flexible work is hard to find, and part-time jobs are largely in low skilled, low paid roles.

The second part of the announcement was an extension of the current free childcare offer for three and four year olds from 15 to 25 hours a week. This was mooted by the Resolution Foundation’s Commission on Living Standards at the end of last year.

The extension will address some of the existing policy’s failings: 15 hours of childcare suits the original goal of the policy (child development) but it doesn’t do much to help mums go back to work. More hours will make it feasible – and financially sensible – for mums to work.

There are still holes to fill in the delivery of the offer. It is inflexible and underfunded. Parents are required to take childcare in specific chunks, meaning it is harder to make it fit with work. Some local authorities either cannot or chose not to fully cover the value of the hours, leaving providers to inflate the costs of the hours outside the free offer.

Increasing the amount of free hours is a great start. But these challenges need to be addressed to make the policy work for low and middle income families.

Taking for a moment the hopeful view that the delivery challenges can and will be solved, some parents will still be without sufficient childcare support to make work pay. Families with very young children will not benefit from the free childcare hours or the wraparound care.

These mums face prohibitively high childcare costs if they were to go back to low wage work, as this Resolution Foundation report shows. The childcare support delivered direct to families through Universal Credit needs to rise to make work pay.

Nonetheless, many parents will be united in welcoming more childcare support. However they are divided over the exact shape that it should take. Given a choice between different forms of childcare support, more than a third (36 per cent) said that resources should go to childcare providers to fund free or subsidised places that are open to applicants.

But half of parents (50 per cent) said that support should go to parents through a system of vouchers or tax credits to help meet the costs of childcare. Time will tell whether these parents will be lured by Labour’s twin offer of more support to make childcare places available.