It has been another week when immigration stories have been in the news, with horse trading over the accuracy of the International Passenger Survey – used by the government to estimate net migration – and calls by the think tank Demos to restrict EU migration. 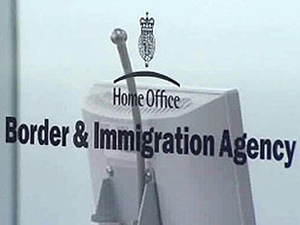 It has been another week when immigration stories have been in the news, with horse trading over the accuracy of the International Passenger Survey – used by the government to estimate net migration – and calls by the think tank Demos to restrict EU migration.

The most persistent story, however, has been the row over the mobile billboards telling undocumented migrants to go home.

The liberal media coverage of this issue has focused on the fractures in the coalition government about this practice and its race-to-the-bottom nastiness.

There has, however, been surprisingly little serious discussion about how policy makers might deal with the undocumented or ‘irregular’ migration. This is a problem we cannot ignore.

Since then community leaders have suggested that the recession has prompted greater return migration among some undocumented groups, for example to Australia, Brazil and Russia.

Between 2007 and 2011 a proportion of irregular migrants have secured legal residency in the UK through a backlog clearance exercise which took on 450,000 people. It is important to note that this was not a blanket amnesty, as all cases were subject to individual review and in some cases led to rejection of the case.

The above research also highlights diversity within the undocumented or ‘irregular’ population in the UK, in relation to their reasons for migration and their pathways into becoming an illegal or irregular migrant. Illegal migrants remain in the UK for economic or security reasons and for personal reasons – love and adventure – or a mixture of factors.

People become irregular migrants for a number of reasons. They may arrive as clandestine entrants or use false documents to enter the UK. More usually, they may overstay a visa or have reached the end of the asylum process. Irregular migrants in the UK include those who are stateless and those who we cannot practically remove, for example, to places where there is no functioning government.

The diverse nature of this group of people and that they are ‘hidden’ makes public policy responses very difficult. Irregular migration is an undesirable condition – migrants themselves risk exploitation by unscrupulous employers, or their lives if the entrust themselves to people smugglers, as was tragically highlighted in 2000 when 58 Chinese were found dead in a lorry at Dover.

Half a million or so irregular migrants also present a challenge to integration, as a a combination of the places they tend to work, and their fear of being found out, make them less likely to mix with UK-born people.

In the UK, policy responses to irregular migration have mostly focused on five areas: strengthening pre-entry and border controls, introducing ‘internal’ document checks before accessing public services, controlling the informal economy, introducing voluntary return schemes as well as trying to increase the numbers of people apprehended and removed from the UK.

More recently, the Home office has contracted Capita to get in contact with undocumented migrants by phone or email, in order to encourage return. We may also be piloting a £3,000 bond, payable pre-entry, as another deterrent measure.

Unlike the mobile billboards and a call from Capita, border control, employer sanctions, removals and voluntary return do impact on numbers, but they are certainly not comprehensive solutions in themselves.

As most people who become irregular migrants initially enter the UK legally, or quasi-legally, with visas or through the asylum system, enhanced border control will not stop those legal entrants but overstay their visas or the asylum process.

We have increased ‘internal’ immigration controls, with fines for employers, and document checks in the NHS and in colleges. Soon private landlords will be required to check documents, a proposal that is particularly unworkable.

But relying on this strategy risks driving undocumented migrants further underground, as well as impacting on legally resident migrant and minority ethnic populations, where a lack of clarity about documents may mean that they are refused rental accommodation or employment.

There are also moral and legal issues attached to the refusal of public services to undocumented UK-born children, a group who usually bear no personal responsibility for the predicament that they are in.

The UK Border Agency removed 14,806 mostly irregular migrants in the year ending to March 2013, with further 13,606 people stopped at a port of entry and subsequently removed. Another 28,309 people left voluntarily, some of whom with help from schemes to assist return.

While the numbers of those opting for voluntary return has increased significantly over recent years, enforced removals has fallen. Moreover, enforced removal is extremely expensive in relation to police and UK Border Force staffing, detention costs and travel.

Border control, internal document checks, employer sanctions, enforced removals and voluntary return will never be full solutions in themselves. On costs alone we are restricted in the numbers we can apprehend and remove from the UK.

For them, a route to regularisation would enable them to come out of the shadows, work legally and pay taxes.

Earned regularisation, on a case by case basis, is an immigration policy that has very little public support.  Even those sympathetic to migration sometimes argue that any regularisation programme will undermine public trust in the immigration system. But it may be the only socially and economically effective option for some groups.

This is the conclusion reached by a bipartisan group of legislators in the United States, where a proportion of this country’s 11 million undocumented migrants are being given pathways to earned citizenship.

Those concerned about undocumented migrants need to learn from the United States. There are no easy answers to this social ill. But progressives must not reject out-of-hand earned regularisation. Mobile billboards must not be used as an excuse by Labour for ignoring undocumented migration, or proposing policy responses that are ineffective.

Jill Rutter is presently researching migrant integration for a book to be published by Policy Press.