The nine hour detention of the partner of a UK journalist should be troubling for many reasons, but first and foremost because it was done using terrorism legislation. 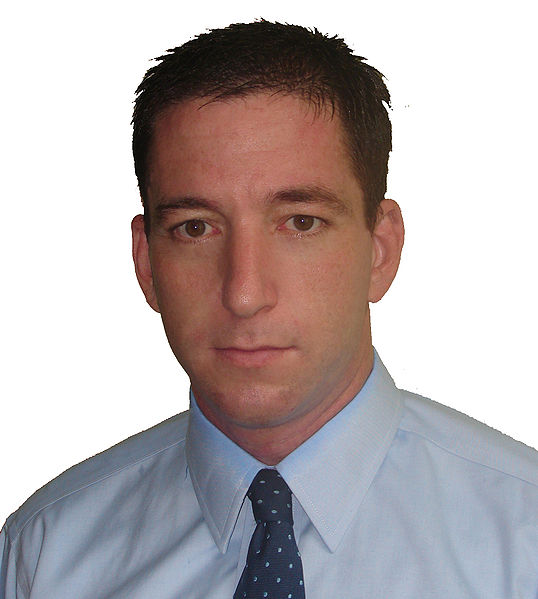 Alex Chafey is a recent graduate, 2012 Guardian Student Columnist of the Year and writer for film blog screengoblin.wordpress.com.

The nine hour detention of the partner of a UK journalist should be troubling for many reasons, but first and foremost because it was done using terrorism legislation. This confirms the suspicions many have long held that the threat of terror is used as a thin veneer for legislation designed to silence opponents of government policy, in the US and UK alike.

This is certainly true of the two biggest US intelligence leaks in recent years, those of Bradley Manning and Edward Snowden. Manning was charged with “aiding the enemy”, a charge for which he was thankfully acquitted, but the fact the US government tried to prosecute on these grounds is very telling. They are determined to bring the fullest and most heavy handed punishment possible down on whistleblowers that cause embarrassment to the government.

The Obama administration has employed tactics that are completely unprecedented and would probably have been met with widespread outcry had they occurred under President Bush. Since taking office, Obama’s administration has used the 1917 Espionage Act, designed to bring the full force of the law against whistleblowers, seven times, including against Manning and Snowden. In the act’s 88 years before Obama took office it was used only three times. Obama has also prosecuted more whistleblowers than any of his predecessors. This is a man who values secrecy when it benefits his own interests, but not when it’s the private conversations of the public that are at stake. He sees the suppression of potentially embarrassing information as more important than truth and openness, and is prepared to pursue to the ends of the earth anybody who threatens this.

The way successive governments in the US and UK have exploited a climate of fear to impose draconian measures on people is a disgrace. In Labour’s most zealous phase of their war on liberty they tried to shove 90 days terror detention without trial through parliament. This flagship measure thankfully failed. The piece of legislation used to detain David Miranda, partner of Guardian journalist Glenn Greenwald, was the 2000 Terrorism Act. Since its introduction, the act, which gave police a host of new stop-and-search and detention powers, has been used hundreds of thousands of times, including to stop and search children. The detention of Miranda is simply a high profile recent example of a law that has been repeatedly abused for more than a decade. He was detained for the maximum time allowed and had many of his belongings seized, during which time he is said to have been interrogated on the Guardian’s work on the Snowden leaks. This is quite clearly not an investigation into terrorist activity and is made more shocking for having taken place at the hands of British security services.

There’s a sinister irony to people who expose abuses of terror legislation falling victim to said legislation. The Snowden leaks rightfully informed the public about the extent of their government spying on them; something which every American has a right to know. With Miranda’s detention it’s not even the whistleblower himself, but the partner of someone involved in the leak who has been targeted. Cases like this create fear of criticising governments, foreign policy and anti-terror legislation in a way which is dangerous when these issues all require opposition to have sensible debate. They also create fear of appearing to support whistleblowers like Manning and Snowden, particularly when the US government is monitoring communications on such a large scale.

Why does a journalist’s partner have to be arrested for a media storm to happen? The last decade in the UK has seen people being banned from taking photos in train stations, hundreds of thousands of people stopped and searched using terror legislation, protest banned in Parliament Square, unprecedented airport safety measures, increases in profiling, phones and emails tapped and the shooting of an innocent man on the London underground, and these are just the stories that have made it into the public domain. Miranda’s detention looks like the latest in a long string of abuses of draconian legislation used to create a climate of fear and silence opposition, and the latest stride past the point where a line in the sand should long since have been drawn.