The government is proposing a pilot scheme starting in November to ask visitors from India, Nigeria, Kenya, Sri Lanka, Pakistan and Bangladesh to pay a cash bond of £3,000 for a visitor visa that allows them to stay in the UK for up to six months. 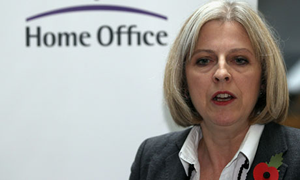 The government is proposing a pilot scheme starting in November to ask visitors from India, Nigeria, Kenya, Sri Lanka, Pakistan and Bangladesh to pay a cash bond of £3,000 for a visitor visa that allows them to stay in the UK for up to six months.

Theresa May stated the reasoning for this policy thus:

“This is the next step in making sure our immigration system is more selective, bringing down net migration from the hundreds of thousands to the tens of thousands… we’re interested in a system of bonds that deters overstaying… from November, a pilot scheme which will target visitors from those countries who will have to pay the UK government a form of cash guarantee…”

We must remember that short term visas are primarily used, according to the Office of National Statistics (ONS), for holidaying (32 per cent), business (29 per cent), or visiting friends and family (30 per cent).

With 79 per cent of short visits from the EU, which none of the countries mentioned belong.

Therefore, by their very nature and effect, this extra cash bond on the proposed countries would not bring down “net migration” so drastically.

The only other logical justification in her statement is that these are countries that visitors from which are “overstaying” in the UK. Again, this is not justified by the facts, with visitors from countries such as New Zealand, Australia and the United States, being just as guilty of overstaying.

The failing in the logic of the justification for the law is further proven by census data, which showed that those living in the UK as short-term residents – i.e. staying between 3 to 12 months – was 35 in every 10,000 residents, or 195,000 in total; of this number 70 per cent are between the ages of 15 to 29 and 75 per cent in full time education.

If these individuals were the target for the change in law, along with those from India and Pakistan, we would also need to target the Chinese, American , German, French and Australian as well as being in the top ten nationalities that are staying as short term residents.

In contrast to the illogical justification of the change in policy, the economic effect to the UK of this law change is clear and adverse, with 30 per cent of the visa being used for business purposes.

It is bizarre that this government would put such a barrier in the way for business to India when just recently David Cameron on his visit to India pointed out that: “Your country has the whole world beating a path to its door”.

Also adding Nigeria, the ‘Giant of Africa’, one of the largest oil producers in the world and growing at an average of 7 per cent, makes this policy economic madness.

The economic effect on tourism would also be severe: visitors from India, Nigeria, Sri Lanka and Pakistan in the last three months alone have come and spent £165 million according to the ONS and will  near a £1 billion in needed spend for tourism this year.

Add to this the effect on the image of the UK as welcoming destination for travel, study and business and it is a sobering thought that any perceived extra revenue gained from the afterglow of the Olympics, could be lost by this change in law a year on for the tourist industry, the seventh largest sector in the UK employing 2.72 million people .

That Nigeria is the sixth largest spending nationality of luxury shoppers in the UK has lead to a fear of many major retailers from the chief of Harrods to Mark Henderson, chief executive of Gieves & Hawkes who stated on this change:

“What on earth is the point of us pouring all this money into our retail industry if we promptly usher potential visitors across the Channel?”

However, more worrying then the illogical nature and economic damage of this law is the moral precedent this law is creating. Here our government is proposing to impose on someone the extra requirement of a £3,000 bond, pre-entry, simply because of their nationality and race.

There is a reason why no European country is mentioned in this list as not only would it not be allowed within the EU free movement, but it is also clearly against Article 14 of the European Convention of Human Rights that prohibits discrimination based on:

“sex, race, colour, language, religion, political or other opinion, national or social origin, association with a national minority, property, birth or other status.”

Indeed, all those UK residents who have heritage from the countries effected by this law can claim they have been discriminated against, as the ability of family to visit them has become harder than their fellow citizens with North American or European heritage.

There are not many issues that cut across politics as a moral absolute, but to judge and treat someone differently due to their race and nationality is one. Morally, if we do not stop this illogical, economically damaging law, we must accept that our nation has passed a fundamentally racist law.

8 Responses to “We must stop this illogical, economically damaging and ultimately racist law”