There has been much discussion of the merits of prioritising 'pre-distribution' - of attempting to achieve a more equal distribution of the cake before turning to ‘redistribution’ through tax and benefits. 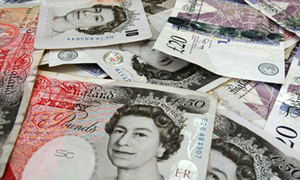 Stewart Lansley and Howard Reed are authors of How to Boost the Wage Share, TUC Touchstone Pamphlet

There has been much discussion of the merits of prioritising ‘pre-distribution’ – of attempting to achieve a more equal distribution of the cake before turning to ‘redistribution’ through tax and benefits.

Central to securing greater equality is the need to rebalance the economy in favour of wages. Not only have real wages been on a downward slide since 2009, this fall comes after a thirty year long squeeze on wages in favour of profits.

Indeed, the share going to wages is now 5.5 percentage points lower than it was in the late 1970s, a ‘wage gap’ equivalent to around £85bn in today’s prices.

A new pamphlet for the TUC – How to boost the wage share – examines the likely effect on this ‘wage gap’ of a number of medium and long-term measures designed to boost wages particularly at the bottom end of the distribution. These include:

The cumulative effect of these policies (shown in the table below) would boost pay packets across Britain by billions of pounds, and close around a quarter of the current wage gap.

The effect of policies to raise Britain’s wage share

Not only would such policies help to close the current pay gap, they are essential to sustainable recovery.

History shows that excessive inequality brings economic deadlock. Far from boosting investment, growth and productivity, the steering of more of national output to profits since the early 1980s has merely led to a slowing of ordinary living standards, the rise of a global plutocracy and a dangerous hike in instability.

Falling wages are now a serious drag on recovery. Without a more even distribution of the economic cake, the economy will continue to falter.

“We have downplayed inequality for too long … a more equal distribution of income allows for more economic stability and more sustained economic growth,” as Christine Lagarde, head of the IMF, told Davos delegates in January.

Such a package could not be introduced overnight, but with a mix of political will and proper planning, could be implemented gradually.

Securing a more equal distribution is now one of the most urgent political and economic issues of the day. It is now increasingly widely accepted even at the highest levels that, by boosting demand and correcting the distortions created by excessive private and corporate surpluses, a rise in the wage share and a closing of the pay gap would unlock the door to recovery and help set the economy on a more sustainable path.

3 Responses to “How pre-distribution could boost the wage share”