Has anyone else woken up this morning with a G8 hang-over? Maybe it’s just me? Maybe I drank too much of the Kool-aid but weren’t we expecting a bit better than this? 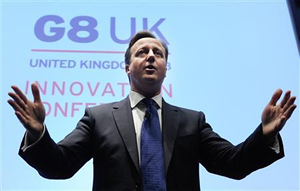 Has anyone else woken up this morning with a G8 hang-over? Maybe it’s just me? Maybe I drank too much of the Kool-aid but weren’t we expecting a bit more than this?

The Guardian’s Larry Elliott has catalogued the G8 leader’s betrayal of campaigners but he has spent months playing down expectations. More reasoned observers are also feeling disappointed. Even mild mannered think-tank chief Kevin Watkins of the ODI is complaining that “we were promised a bang, but this is a whimper. It is simply a wish list.”

Campaigners are equally perplexed and confused by the summit declaration. TearFund’s Laura Taylor was left asking, “is it a list of aspirations, or a promise from all eight countries?”.

ActionAid, who have made the running on campaigning against tax dodging for years, described that step forward as the G8 shuffling “a few inches towards progress.” Writing for The Guardian, ActionAid’s Melanie Ward explained that “this will take years, not months.”

“Developing countries won’t be any better off immediately,” she says, “but the process of change has begun”.

A slightly less optimist response came from CAFOD, who argue that “poor countries battling hunger can’t afford to wait to be included in global information exchange.” And Oxfam’s conclusion went even further, claiming that the G8 “has failed to agree a tax deal that helps the poorest countries.”A sentiment echoed by the TUC’s Francis O’Grady, who said: “for all the PM’s pre-summit rhetoric, the declaration fails to deliver what’s needed to tackle tax avoidance”

Overall, Oxfam declared that the G8 “asked all the right questions but has been thin on answers.” But encouragingly, Oxfam is already talking about need to “complete unfinished business,” with “more ambition needed beyond this Summit.” The IF campaign also said “it leaves major unfinished business,” but it’s not clear if ‘IF’ will be around to campaign for it.

Irrespective of the name or the logo, I hope that the campaigning alliance embodied by the IF campaign can stay together. I disagree with Ian Birrell’s suggestion in today’s Independent that it was “a campaign designed to dupe the public.”

Far more accurate is the assessment of the context in which the summit was held, from the ODI’s Jonathan Tanner in yesterday’s Independent:

“In 2005 Britain’s leaders managed to deliver on their agenda. The world’s richest countries put their money where their mouths were. In 2012 one part of David Cameron’s challenge will be to show the world’s richest companies he’s determined to put their money, where his mouth is. If a breakthrough doesn’t come then unfavourable comparisons with Gleneagles are inevitable.”

Those unfavourable comparisons are no starker than the one articulated by former No10 staffer Kirsty McNeil in the Telegraph. She rightly argues that “Enniskillen is no Gleneagles for one very simple reason: David Cameron hasn’t put in the work.” And the G20 London summit that saved the world from ‘the great recession’ turning into the second great depression, is an even starker comparison.

We shouldn’t romanticise Gleneagles too much. Many of the aid pledges made were later broken, according to the ONE campaign, though not, I’m proud to say by Britain. But it’s hard to imagine someone at No10 today writing, in years to come, about the historic nature of this week’s summit.

The fact that the summit was held on a golf course was appropriate. Not just because it ensured that protestors were never less than 18 holes away but because it provided an appropriate metaphor: all the G8 leaders were playing with an austerity handicap.

But much of the agenda was as much about power, as it was about money. The significant transfer of power from the rich and powerful to the poor and powerless seems to have been absent from this summit.