There has been considerable furore over the fake psychometric ‘test’ the Department for Work and Pensions (DWP) has been forcing jobseekers to use under the threat of ‘sanction’ (immediate loss of benefits) since I revealed it in April and the Guardian newspaper published its own account of the story at the beginning of May. 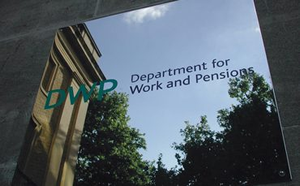 There has been considerable furore over the fake psychometric ‘test’ the Department for Work and Pensions (DWP) has been forcing jobseekers to use under the threat of ‘sanction’ (immediate loss of benefits) since I revealed it in April and the Guardian newspaper published its own account of the story at the beginning of May.

The government then issued a confused statement stating both that it had not forced anyone to take the test – and that it had.

Now a further Freedom of Information (FOI) response from the Cabinet Office has finally come clean on the matter and admitted outright that it issued ‘directions’ (instructions backed by the threat of benefit sanction) to jobseekers – along with some other critical information (and a ludicrous claim).

Crucially, the new information reveals yet more lies from a government department that rides roughshod over disabled and unemployed people and over the truth alike.

On 24 May, I submitted a request for an ‘internal review’ of the DWP’s earlier response, on the grounds that it had not provided specific answers to the questions posed. You can read the whole request and the whole response here – but the key questions and responses are below:

Q: Please provide details of all offices where the test has been used.

Note that this differs radically from what had previously been admitted. Originally, the DWP and the nudge unit claimed that the test had been used in Loughton, then Essex generally, and then in Teesside. But the list of ‘Durham and Tees Valley’ offices above includes a much wider geography.

Bishop Auckland, Chester-le-Street, Consett, Crook, Durham, Newton Aycliffe, Peterlee,  Seaham, Spennymoor and Stanley are emphatically not in Teesside, while Darlington would be borderline.

This means that potentially many more thousands of jobseekers were subjected to the DWP’s non-validated psychological experiment than the government has previously admitted.

Q: When did the programme start and is the test still being used now – if not, when did it finish being used?

The pilot started in Durham and Tees Valley Offices from April 2012, in Loughton from July 1012 and Colchester from January 2013. The DWP has not used the test since 8 May 2013.

Again, this is radically different to the information originally provided by the DWP/nudge unit, which stated that the test was piloted in Essex and then rolled out across Essex and in the North East. The DWP and Cabinet Office seem incapable of talking straight about any detail of this fiasco.

Q: How many Jobseeker Directions were issued relating to the test?

A: The DWP are aware of 4 Jobseeker’s Directions which were issued in error. The test was always intended to be voluntary.

This answer is notable in at least two ways. First, the government admits – for the first time unequivocally – that jobseekers were ordered to take this test under threat of sanction (that’s what a ‘Jobseeker’s Direction’ is) – after hitherto emphatically denying it, even in that letter to the Guardian from the nudge unit’s head.

Second, note the very careful (albeit grammatically incorrect!) wording. ‘The DWP are aware’. Not ‘there were only 4 JSDs’, but ‘we are aware of’ only four – leaving wiggle room if and when more than four such JSDs come to light.

I’ll leave it to your own judgment whether it’s really credible that out of only four JSDs supposedly issued, the SKWAWKBOX blog should happen to become aware of one. Given the 2.5 million jobseekers in the country, I think the odds a pretty long, though.

Q: Please provide a copy of all information issued to staff regarding the test including the referral process and how those directed to take the test were selected.

A: This is included as part of a facilitated Coaching Session under Building Resilience. Advisers would decide using their knowledge of each individual claimant whether they felt it would be beneficial for the claimant to complete a ‘My Strengths’ test. The sessions were delivered by experts and the sessions are for coaching and take on the form of a seminar rather than a lecture, hence lack of a script/materials.

Now this is potentially dynamite.

As any qualified psychologist will tell you (you can find some of them discussing this test here), psychological experiments require strict ethical and practical controls. Anyone put into such an experiment should be carefully assessed by an expert, and such tests require constant monitoring and feedback from a qualified psychologist. As one psychologist on the discussion page linked above put it, this applies especially to the unemployed many of whom are vulnerable and many will have never done a personality test.

But the joint response to my FOI by the DWP and the BIT now admits that the decision about who should be subjected to the test was left to whether Jobcentre Plus advisers ‘felt it would be beneficial’ – completely unqualified JCP advisers, who had received a single coaching session so informal that there were not even any written materials involved!

Truly, the more information that comes out about this bogus, recklessly-applied test, the worse the situation that is revealed, and the more callous and cavalier the government’s attitude to disadvantaged people is shown to be.

The DWP’s top psychologist is already under investigation for either approving this un-validated experiment or for failing to intervene and prevent it. But it’s becoming more and more obvious that it is not some employee that should be taking the fall for this.

The blame and the responsibility goes right to the top – to Iain (Duncan) Smith at the head of the DWP, and to David Cameron himself, who instigated and lauded the nudge unit in the first place.