Liam Fox has been criticised by human rights groups for his decision to appear at a conference in Bahrain designed to improve the country's image. 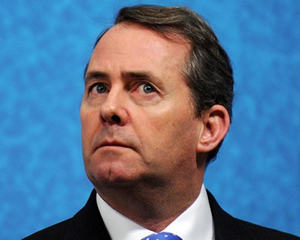 Liam Fox has been criticised by human rights groups for his decision to appear at a conference in Bahrain designed to improve the country’s image.

The only British speaker on the bill, Fox will appear alongside US right-wingers such as former U.S. ambassador to the United Nations John Bolton at the summit which takes place this weekend, set up to rally western opinion to the side of Bahrain’s monarchy.

Also taking part are the American Enterprise Institute, which lobbied aggressively for the 2003 invasion of Iraq, and the Heritage Foundation, a Reaganite thinktank that was influential during the Cold War.

According to a statement by Bahrain’s News Agency, the conference will “highlight the reform project initiated by His Majesty King Hamad bin Isa Al-Khalifa”.

“The political, economic, constitutional and judicial project of the pioneering reform project will come under the spotlight as part of efforts to project the true internal situation in Bahrain,” it adds.

Bharain’s ruling family have kept their iron grip on power despite two years of protests in which more than 60 people have died and many protesters have been given long prison sentences.

Amnesty International UK campaigns Director Tim Hancock told Left Foot Forward that “no one, least of all British politicians, ought to be under any illusions about the parlous state of human rights in Bahrain”.

“Bahrain is making a mockery of its reform promises and there’s an increasing sense of unreality between what the Bahraini authorities claim and what we’re seeing on the ground. There have been bans on peaceful protests, opposition figures have had their nationalities stripped from them, and the arrests and jailings have gone on and on,” he said.

The symposium’s stated purpose is to “examine institutional developments and political reforms in Bharain [and] the challenges of empowering diverse coalitions for democratic transition and stability”.

But Nicholas McGeehan of Human Rights Watch said that British politicians and diplomats should “focus on the Bahraini authorities’ actions on reform, not their words”.

“A just settlement at the national dialogue will remain elusive until peaceful protest leaders are freed from jail and until there is accountability at the highest levels of the country’s security forces for their abusive response to the 2011 uprisings. There is no sign of movement on either issue.”

Fox, a cheerleader for the Tory Right, was criticised in 2011 for his links to the Sri Lankan government, and accused of running a “shadow foreign policy”.