The Heseltine Review implemented quickly and properly could spur on the economic recovery, but sluggish, tokenistic implementation isn’t going to cut it. 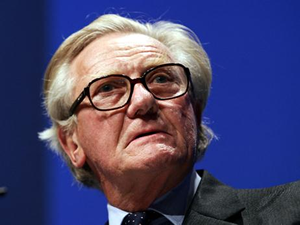 Graeme Henderson is a Research Fellow at IPPR North

This week we will once more receive George Osborne’s annual ‘Budget for Growth’. The Office for Budget Responsibility is set to further revise economic growth forecasts downwards, and the chancellor is again under pressure to “do something”.

With the fiscal envelope tightly constrained and monetary policy already up against its limits, giving greater powers to local areas to drive economic growth is the best game in town. This week’s Economist reported how while the federal government in the US twiddles its thumbs, states and cities are coming up with new ways to spur on growth and are playing a vital role  in keeping the economy afloat.

On the surface, the government’s response published today to the Heseltine Review looks encouraging, but on closer inspection many of the proposals are only being half-heartedly implemented and much too slowly.

Giving local areas the tools to promote growth is important, but while the economy needs an urgent boost now most of the proposed changes won’t come into effect before the next general election.

The acceptance of the ‘single pot’, with separate funding streams from national government to local areas being aggregated, is welcome but we do not know how large it will be – it looks likely to be much less than the £49 billion Lord Heseltine said was needed. Government sources have hinted the size of the pot will be in the ‘low billions’. How much every Local Enterprise Partnership receives from the Single Local Growth Fund will depend on the quality of individual LEP plans.

This neglects the fact that LEPs do not have the same starting point in terms of resources and risks entrenching and widening economic disparities.

The government’s reply to Heseltine recognises that infrastructure is vital to long-term economic growth and that countries that spread responsibilities and powers more evenly across all cities are more successful than those with a dominant city, yet the response only name-checks big infrastructure projects (that have already been announced) in London and the South East – the Northern Line extension to Battersea and the Thames Gateway Project.

IPPR North analysis of the National Infrastructure Plan 2012 showed that London and the South East are projected to receive £2532 per capita compared to just £29 per head in the North East.

The government reiterated its position on inward investment that the UK is “open for business”, but being open isn’t enough and our new report shows that the changes to the UK inward investment institutions since 2010 have not worked well for the regions.

While the numbers of new projects supported by FDI are largely holding up a high level around London and the South East, other parts of the UK have experienced a decline.

For too much of the coalition’s localism drive the rhetoric has not been matched by delivery. The Public Accounts Committee for instance recently noted that of the £1.4 billion allocated to the Regional Growth Fund only £160 million has reached frontline projects, with £470 million ‘spent’ so far having been parked in intermediary bodies.

Stimulating local growth is not simply a nice to have extra for once we are in recovery but an urgent tool to ensure all parts of the country are driving on all cylinders. The Heseltine Review implemented quickly and properly could spur on the economic recovery, but sluggish, tokenistic implementation isn’t going to cut it.