Blogger Salman Shaheen welcomes Labour's pledge to bring back the 10p tax rate paid for by a mansion tax on properties worth more than £2million. 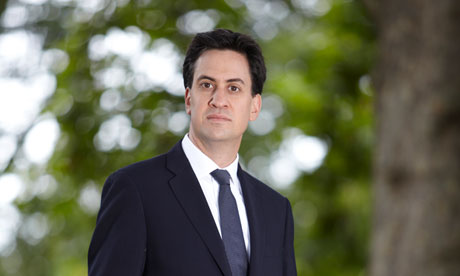 I grew up in a household that had voted Labour since time immemorial, but aside from a second preference vote for Ken Livingstone in last year’s London mayoral elections, I have never voted Labour in my life.

I came of political age at the height of the Iraq war and the worst betrayals of the Blair government of all the Old Labour values my family had long held dear.

In 2005, I backed RESPECT, in 2010 I voted Green. What was the point, I thought, of tactical voting to keep the Tories out if New Labour offered little in the way of a genuine ideological alternative to Conservative neoliberalism?

As George Monbiot once told me: “As much as I dislike and am disgusted with the Tories, I think you have to vote for what you think is right. And if you cling onto something bad for fear of something worse, no one will end up with the government they want.”

I continue to believe that people should vote positively, not negatively for the devil they know. After all, a two party state is only twice as good as a dictatorship.

But Ed Miliband’s speech in Bedford today has convinced me that at last Labour may be reclaiming its radical roots and offering a return to a more genuine, ideology-based politics that has not been seen since the Thatcher years.

Miliband’s support for reinstating the 10p tax rate funded through a mansion tax is a clear break from Tory plundering of the poor and tax breaks for the richest individuals and biggest corporations, showing how the economy can be fixed by redistribution, raising up the bottom and the middle of society, not crushing it.

Conservative austerity is failing the country and Miliband has seized his moment to offer a genuine alternative. It may not be everything an Old Labourite might want, but it is a promising start.

If these policies make it into the Labour manifesto, I may yet return to the fold.

Left Foot Forward will look at the opposing view of the issue later today.

12 Responses to “Comment: Miliband’s support for the mansion tax marks return of Labour as a genuine alternative”