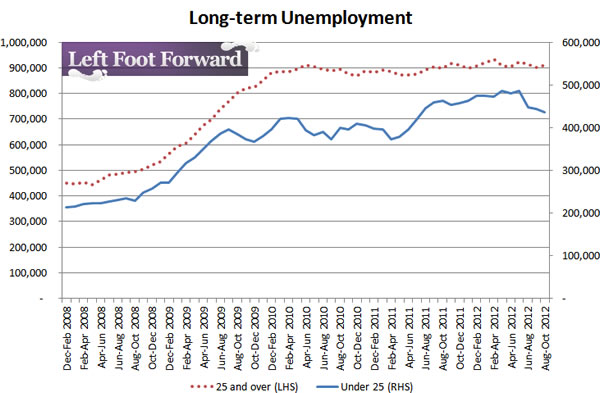 The monthly labour market figures (pdf) are good. The figures cover the three months from August to October and, compared with the previous three-month period, there are 40,000 more people in employment and 82,000 fewer unemployed – there is a strong chance unemployment will drop below 2.5 million early next year.

Of course, there are worrying items in today’s figures. As Shamik has pointed out, employment is shrinking in public services we all rely on, including the NHS. Although today’s reduction in long-term unemployment is welcome, it is largely confined to young people and is a fairly recent phenomenon, as Graph 1 shows.

And, of course, there is a long way to go before we get back to the pre-recession position – but today’s figures are still very good.

In previous months, I have pointed out that good overall figures have been distorted by increases in ‘atypical’ employment, with the numbers in ‘standard’ employment much less impressive.

The real increase in employment is shown by the figures for actual weekly hours worked, which have been rising for a year and a half, as Graph 2 shows. 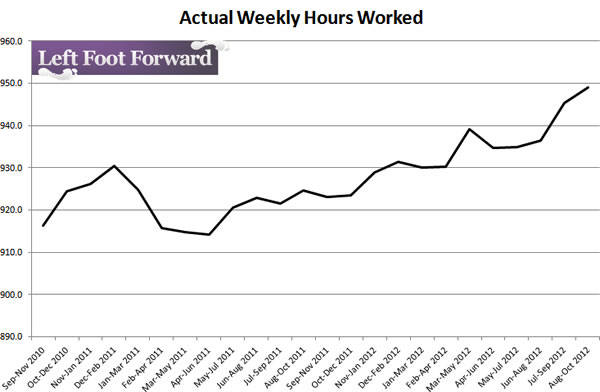 These are good figures, but it is possible to oversell them.

The fastest fall claim is true (a 72,000 fall – though there were larger percentage falls in 1997 and 2000) but the claim youth unemployment is lower than in May 2010 is what economists call “wrong”, as Table 1 shows.

Some have hailed the highest number of people in employment ever; again, this is true, but doesn’t really tell you the whole truth. The fact is the number of people of working age has been growing for some time and is also a record, as Graph 3 shows. 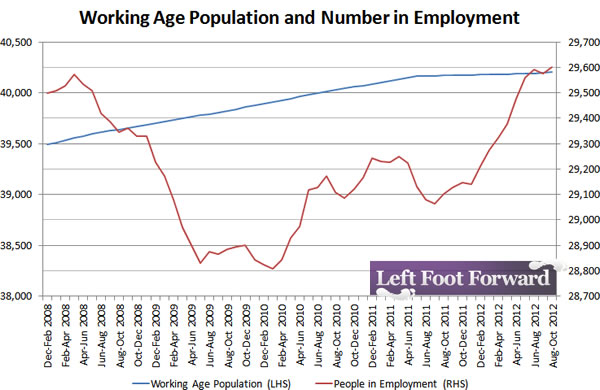 The best employment measure is still the employment rate, which at 71.2 per cent remains one and a half points below the pre-recession high. And while it is clear the improvement in employment and unemployment that began in summer 2011 was more than a blip, it does look as though the robust increases in employment in the first half of the year tailed off in the summer, as Graph 4 shows. 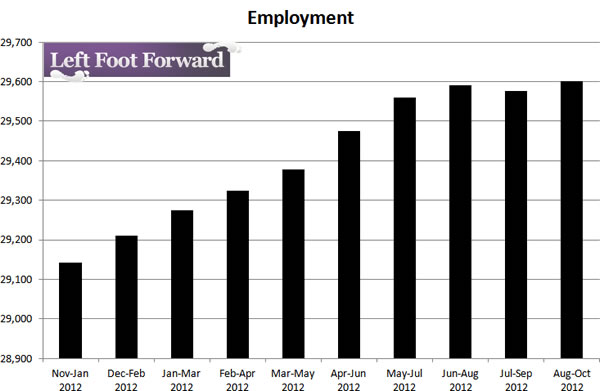 Of course, even if the labour market improvement continues, there is still a great deal of ground to be made up: if unemployment fell 128,000 a year we would still only return to the pre-recession level of 1.6 million in 2019. This would mean we would have suffered a lost eleven years, not a lost decade.

The worry is that with growth stagnating and employment growth tailing off, even that may be an optimistic forecast.