A new report by the Bevan Foundation today demonstrates the inhumane levels of poverty in the visually impaired in Wales. 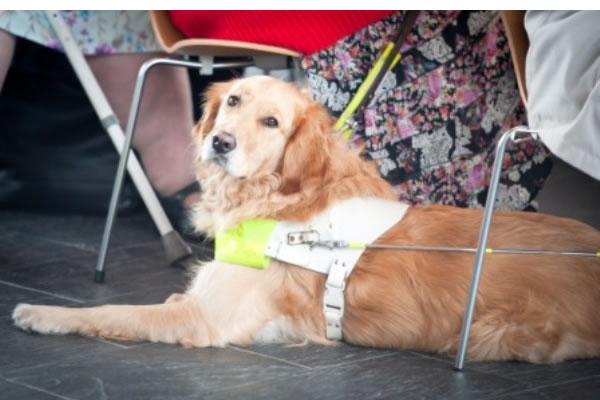 A third of all those in Wales with a visual impairment are living in poverty according to a new report published this today.

The findings, compiled by the Bevan Foundation for RNIB Cymru, show that of the estimated 100,000 Welsh people who are either blind or partially sighted, 33,000 are believed to be living in poverty, with just a third in employment, a lower proportion than disabled people as a whole.

The report continues by explaining:

“A person with a visual impairment who has a degree, has only the same likelihood of being employed as a non-disabled person with no qualifications.”

Whilst the report describes the Welsh government’s Tackling Poverty Action Plan as “a useful general approach”, it calls for greater action to:

• Recognise welfare benefits will remain essential to the well-being of the visually impaired with protection needed for specialist advice services to maximise people’s income;

• Ensure important services are in place to ensure those with a visual impairment can lead active and fulfilling lives.

Using a blog post to respond to the findings, Ceri Jackson – who earlier this month was appointed the new director of RNIB Cymru – spoke of the “cruel link between sight loss and poverty”.

“Today’s report shows how blind and partially sighted people are multipley disadvantaged by low rates of employment, low pay for those in employment, widespread underclaiming of welfare benefits and income under threat from benefit cuts.

“The Welsh government has shown its commitment to tackling poverty through its Tackling Poverty Action Plan. Although it contains some important general actions, more needs to be done to take into account the specific needs of blind and partially sighted people. Providing the advice and support needed to ensure people claim the welfare benefits they’re entitled to is critical to maximising the incomes of many people with sight loss.

“Last year alone, our welfare rights officers supported over 700 people to claim over £1.2m in unclaimed benefits, money that is transforming lives and lifting people out of poverty. Due to lack of funding, however, this service only available in some parts of Wales, meaning there are many others who are denied the specialist support they need.

“We must do more to break this cruel link between sight loss and poverty. I will be seeking a meeting with the Welsh government to discuss the recommendations contained within our report, and to identify how we can work together to support some of those most in need of our help.”

“At Citizen’s Advice Cymru, we have been expressing our concerns for some time about the impact of the Westminster government’s proposed welfare reforms and today’s report provides further evidence to support those concerns.

“Barriers to employment, and the additional costs that arise from sight loss, make welfare benefits a vital component of many people’s incomes, and any reduction in that income will only result in greater financial hardship for ever increasing numbers of people. I would urge the Welsh government to do all it can to mitigate the effect of welfare benefit cuts on the most vulnerable in our society.”

The findings have also been met with support from Wales’ Older People Commissioner, Sarah Rochira, who has commented:

“The strong link between sight loss and poverty highlighted in the report is particularly concerning for me as one in five people aged 75 or over, and half of people aged 90 or over, are living with sight loss. Poverty often leads to older people becoming isolated and finding themselves in vulnerable situations, which quite simply has a devastating impact on their health, wellbeing and independence.

“I welcome the recommendations in the report and look forward to working with RNIB Cymru and other partners to ensure that people can access the support and information they might need to protect them from poverty, that ‘little bit of help’ that older people tell me can make such a positive difference to their lives.”