After the historic low turnout of the PCC elections, Richard Bassford looks at what was to blame and what must be done. 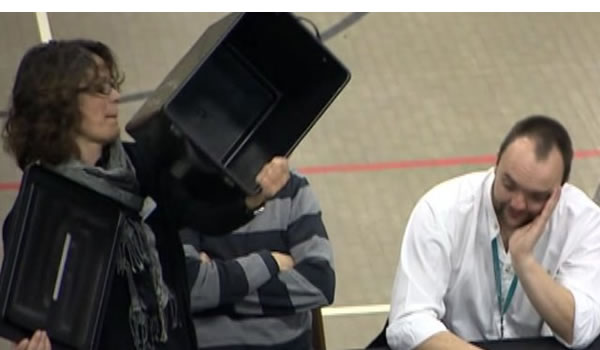 The Police and Crime Commissioner elections have received the unfortunate accolade of achieving the lowest ever turnout in UK national election history. Understandably and appropriately, the Electoral Commission has announced plans to review the election in order to understand the driver of low turnout (or even participation).

However, it is misleading to blame low turnout at the PCC elections on apathy; low turnout is a persistent problem that affects all elections in the UK and a much wider conversation is required to understand this issue.

Turnout at European and local elections is notoriously poor, with fewer than half of registered voters participating. Similarly, devolved governments in Scotland and Wales have struggled to be given a mandate by more than half of the electorate, with Northern Ireland faring only slightly better.

Earlier this year referendums for city mayors struggled to achieve an average turnout above 25% while the high profile London mayoral election only achieved 38%. Evidently, low turnout is not an isolated problem.

Turnout is important because voting is the primary mechanism by which citizens can register their views with governments and institutions. In its simplest terms, democracy is popular control over public decisions and decision makers. Electoral participation provides a direct connection to, and mandate for, those who represent us in decision making processes of national, local and European government.

In a representative democracy, electors must understand the needs, concerns and desires of their electorate and represent them on their behalf. This is not say they cannot exercise their own judgement – this is patently necessary as most electorates are unlikely to have a unanimous view on all issues – but this can only be done legitimately within the context of knowing the electorate’s views in the first place.

Thus electors must seek a mandate from their electorate if they wish to represent them. Simply providing an opportunity for participation is too thin a definition of democracy for it suggests citizens should support and reflect the political system, rather than the system reflecting the voters.

To argue low levels of participation are a reflection of voter apathy is to make a fundamental error. It places responsibility for the failure of political engagement on the electorate and not the voting mechanism, candidates, or issues in question. This implies these elements were appropriate and sufficiently communicated. It is the responsibility of our institutions to respond to and engage the electorate, providing opportunity for participation.

In the case of the PCC elections, holding the election at a sensible time of year and providing the knowledge and information required for the electorate to exercise an educated decision, are the responsibility of our institutions and electors.

Even in votes where the subjects are more widely understood, such as general elections, it is wrong to blame apathy. It suggests it is the electorate that must change and not those wishing to represent them. This is patently nonsensical, placing the horse before the cart and alluding to a deferential notion of politics.

If citizens choose not to turn out to register their views in an election one must ask whether candidates are offering answers to the questions the electorate actually wishes to ask.

The growing dominance of consumerism within mature democracies has resulted in electoral activity becoming more and more focused on ‘consumer’ style activity – such as the purchase of Fair Trade products or signing a petition – that may require little or no long term commitment. Citizens are exercising the market mechanism of exit, examining the candidates on offer and choosing not to engage if none of them appeal to them.

The public are not apathetic about politics or current affairs, as evidenced by the crises engulfing, and spurring public anger at, social institutions such as the media (Leveson), political class (MPs’ expenses) or the banks (Libor) – but the way in which we interact with each other, digest news and live our lives has been transformed. As an example, the 2010 general election was the first of the Twitter and Facebook age; the former didn’t even exist in 2005.

Our political system on the other hand has remained fundamentally the same for the past 50 years. In an era of unprecedented technological change it is not difficult to understand why engagement and participation has fallen.

This is not an issue about which the political class can afford to be apathetic; securing political engagement and electoral participation is vital for the health and effectiveness of our democracy.

• Chart: Low turnouts in PCC, Mayoral, and by-elections across the country – November 16th, 2011

8 Responses to “Comment: Apathy is not solely to blame for last week’s dismal turnouts”