A look at some of the worst 2012 US Presidential election predictions. 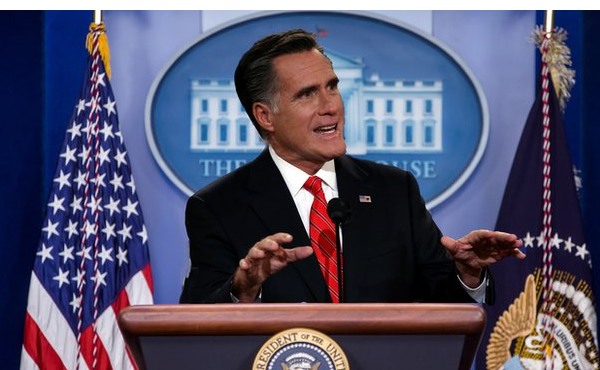 Predicting election results accurately isn’t the precisest of sciences, so it takes a certain level of confidence and cojones to state categorically what will happen – and a great deal of egg to wipe off one’s face when those ‘certainties’ are proved so utterly, laughably, indisputably wrong.

Here are five of the most ridiculous right-wing forecasts for 2012:

Barack Obama is toast. This is not something I say lightly. I generally try to remain cautious about predictions, because the prediction business is a humbling one. I have never been especially bullish on Mitt Romney, and I spent most of the summer and early fall arguing that this was basically a neck-and-neck race that would go down to the wire…

Obama will lose – perhaps lose a very close race, but lose just the same. That conclusion is only underscored by the fact that, historically, there is little reason to believe that the remaining undecided voters will break for an incumbent in tough economic times. He will lose the national popular vote, and the fact that he has remained competitive to the end in the two key swing states he needs to win (Ohio and Wisconsin) will not save him…

The signs of Obama’s defeat are too clear now to ignore. Given all the available information – Romney’s lead among independents, the outlier nature of the 2008 turnout model, the elections held since 2008, the party ID surveys, the voter registration, early voting and absentee ballot data – I have to conclude that there is no remaining path at this late date for Obama to win the national popular vote. He is toast…

Mitt Romney will be the 45th President of the United States.

It comes down to numbers. And in the final days of this presidential race, from polling data to early voting, they favor Mitt Romney… The number that may matter the most is Mr. Obama’s 47.2% share. As the incumbent, he’s likely to find that number going into Election Day is a percentage point or so below what he gets…

In addition to the data, the anecdotal and intangible evidence – from crowd sizes to each side’s closing arguments – give the sense that the odds favor Mr. Romney. They do. My prediction: Sometime after the cock crows on the morning of Nov. 7, Mitt Romney will be declared America’s 45th president. Let’s call it 51%-48%, with Mr. Romney carrying at least 279 Electoral College votes, probably more.

Fundamentals usually prevail in American elections. That’s bad news for Barack Obama. True, Americans want to think well of their presidents and many think it would be bad if Americans were perceived as rejecting the first black president. But it’s also true that most voters oppose Obama’s major policies and consider unsatisfactory the very sluggish economic recovery… Also, both national and target state polls show that independents, voters who don’t identify themselves as Democrats or Republicans, break for Romney…

Just about every indicator suggests that Republicans are more enthusiastic about voting – and about their candidate – than they were in 2008, and Democrats are less so… Bottom line: Romney 315, Obama 223.

“ROMNEY is likely to WIN” – Jay Cost, The Weekly Standard

I am not willing to take polls at face value anymore. I am more interested in connecting the polls to history and the long-run structure of American politics, and when I do that I see a Romney victory.

Yup. That’s right. A landslide for Romney approaching the magnitude of Obama’s against McCain. That’s my prediction. On Sunday, we changed our clocks. On Tuesday, we’ll change our president. Romney will win the states McCain carried in 2008, plus: Florida, Indiana, Virginia, North Carolina, Colorado, Iowa, Ohio, New Hampshire, Pennsylvania, Wisconsin and Minnesota. In the popular vote, Romney will win by more than 5 points.

By staying on the economy and not being tempted into side issues like Libya, Mitt kept the focus where it needed to be and never let up. His campaign’s foray into Pennsylvania, Minnesota and Wisconsin was vital to his chances of victory. More about what Mitt did right in my post-election column on Thursday. But for now, let’s celebrate the new president we are about to elect.

We, for one, cannot wait for that column!

For some, reality (with it’s well-known liberal bias) will be a scary place to be – just look at Donald Trump…