The killing in Strasbourg on Saturday by French police once again raised the issue of integration and immigration in France, reports Sanchia Alasia. 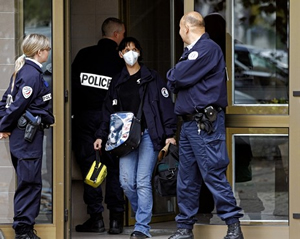 The killing in Strasbourg on Saturday by French police once again raised the issue of integration and immigration in France, particularly as this is the second terrorist killing by police in the past year.

There are also 11 members of a suspected terrorist cell being questioned by police following dawn raids in Nice, Paris and Cannes.

These raids were sparked by a grenade attack on a Jewish shop on September 19th, where police traced DNA results to the prime suspect, Jeremy Sidney, to inform their raid operation on him in which Sidney opened fire on the police.

Sidney, a recent convert to Islam, was 33 years old and a French national. He was also an ex-prisoner, who was convicted for drug-trafficking.

Earlier this year, in March, Mohamed Merah was killed by police in Toulouse after a sickening attack on members of the Jewish community, in which where four soldiers, three Jewish children and a Rabbi were killed. Merah claimed his actions were directed against France’s military presence in Afghanistan, the killing of Palestinians and the ban on wearing the full face veil.

The weekend’s shootings have once again brought race and immigration to the top of the political agenda.

“The state is determined to protect the French people against any terrorist threat.”

The threat is still ongoing as the raids found money, ammunition and a list of Jewish groups throughout the Paris region. In response to Merah’s killing in March, France’s cabinet is currently reviewing a new anti-terrorism bill targeting French citizens who travel abroad, notably to Pakistan or Afghanistan, for possible terrorism training.

It is anticipated that if passed, the bill will allow authorities to prosecute French citizens who return to the country after:

“…having committed an act of terrorism abroad, or who travel overseas, particularly to the Afghan or Pakistan region, to train in terrorism camps with the intention of coming back to France.”

The situation at present is that police can only act when offences are suspected or committed in France.  This is just one measure France seeks to undertake to tackle the terrorist threat within its borders and the rise of attacks targeted towards the Jewish community.