The UK is out of the double-dip recession, which is good news - but it's far too early to for the government to think we're out of the woods. 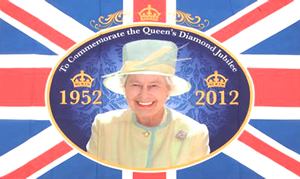 The UK is out of recession, which is good news. And if today’s GDP figures are to be taken at face value, it is growing at a very healthy pace. Real GDP increased by 1.0 per cent in the third quarter of 2012 – faster than any estimates of its trend rate – and the best growth for five years.

There are, however, two special factors to take into consideration. First, the extra bank holiday in June for the Queen’s Diamond Jubilee depressed GDP in the second quarter. Around 0.5 per cent of the recorded growth for the third quarter simply represents a bounce back from this effect.

As always, it is better to look at longer-term trends and here the picture is less positive. Over the last year, GDP has not increased at all and over the last two years it has increased by just 0.6 per cent. Output is still more than 3 per cent lower than it was in the first quarter of 2008, before the recession began.

The Office for Budget Responsibility (OBR) recently published its analysis of why growth has been so weak in the last two years – and more particularly why it has been so much lower than the OBR itself forecast in June 2010.

It highlights three components of the weakness: high food, oil and energy prices have squeezed households’ spending power; exports have fallen short of expectations, in part due to the euro area crisis; and a shortage of credit for small firms and pessimism about future levels of demand have led to much weaker than expected business investment.

The OBR accepts fiscal consolidation “might have exerted more of a drag on growth than we assumed”, but it does not believe it was the main cause of economic weakness. It does not share the view of some IMF economists (see box 1.1) that the fiscal multipliers – the impact of fiscal consolidation on growth – might be larger than previously thought.

Who is right in this debate matters because there is a lot more fiscal consolidation to come and the case for slowing its pace is stronger if the multipliers are higher.

However, even if the OBR are right in their analysis, there could still be more trouble ahead for the UK economy.

Food prices are set to increase steeply in coming months as a result of the wet UK summer and a heatwave in Russia and severe drought in the United States (which have affected wheat prices). And energy prices are also on the way up. British Gas, Npower, Scottish Power and SSE have all announced increases in gas and electricity prices ranging from 6 to 9 per cent and the other two of the ‘big six’ – E.ON and EDF energy are likely to follow suit shortly.

This could mean September’s 2.2 per cent inflation rate (as measured by the consumer price index) will be the low point for now and inflation could creep up in coming months. With average earnings over the last year up only 1.7 per cent and little to suggest any acceleration in wage growth is imminent, the squeeze on households’ spending power looks set to continue.

Add in the continued problems in the euro area, which will continue to depress UK export growth, continuing credit constraints for small business – the Bank of England reports bank lending to UK businesses was 3.1 per cent lower in August 2012 than a year earlier – and the lack of any reason for large firms to take a more optimistic view of the outlook for demand; and it is easy to believe growth in the UK will be weak at best in 2013, and another year of no growth cannot be ruled out.

The chancellor should respond to this grim outlook in his autumn statement. Growth in the UK economy might have fallen short of expectations for reasons other than the tightness of fiscal policy, but the speed and scale of public spending cuts are helping to keep the economy depressed. It is widely accepted spending on infrastructure gives the biggest boost to the economy in the short-term. George Osborne should announce an immediate increase in infrastructure spending of £15 billion over the next two years.

If there are insufficient large ‘shovel-ready’ projects on which to spend this money, it should, initially, be spent in areas where planning regulations are not a problem: like road repairs, accelerated investment on the railways and fixing schools and hospitals.

Despite today’s figures, the UK still has a growth crisis and the government should be playing its part in helping us to overcome it.