We examine whether a living wage and changes to council tax valuations would mitigate the worst effects of the housing crisis. 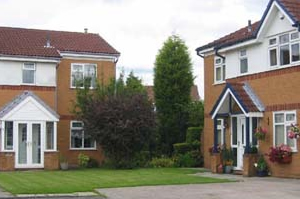 A recent study by the London School of Economics (LSE) found house rental prices were soaring above inflation and wages – reducing household disposable income – and representing a formidable hurdle to the UK’s economic recovery from the financial crisis.

To many, this will not come as a surprise. Our private rental sector is the most unregulated in Europe, with rents amongst the highest in a context of wage stagflation.

Standard contracts last only a year, allowing landlords to arbitrarily hike the rent they demand annually. Housing maintenance and general conditions are not monitored sufficiently by local councils, leaving tenants at the disposal of landlords when repairs are needed.

Anybody can start a letting agency in their sitting room, or in my direct experience a garage, and demand fees from both tenants and landlords. They act as brokers, profiting from a stagnant housing market, driving up prices and the fees they accrue as a result.

Landlords are increasingly seeking maximising the space in their existing properties, converting lofts and turning what might have once have been a three-bedroom house with a box room into a four bedroom house. The poorest tenants are often forced to convert their living room into an additional bedroom to lower the average rent per tenant.

The minimum space standards of affordable homes, even luxury housing and the infamous Unite student halls of residence are far below the minimum space requirements for dockworker housing the 1960s; living space is increasingly becoming a class issue.

The disparities between wages and rents are particularly acute in London where the financial sector and the creative industries distort local prices, providing decent wages for the minority of those directly employed in it, but little to anybody else.  The current struggles for the Living Wage by the outsourced cleaners at the French bank Société Générale show those working at the bottom of these sectors face profound difficulties in earning a fair wage amongst London’s grossly inflated prices.

Local councils, on the other hand, have been left with few powers to regulate the private rental sector and few resources to regulate it in the interests of the poorest.

Councils have been rendered impotent by the Conservatives’ aggressive localism agenda that forces them to be ‘creative’ in their centrally enforced fiscal retrenchment strategies – but are the democratic mechanisms in place to decide how this is done?

Do councils have the power to impose council tax increases for the most expensive homes, based not on the current archaic 1991 property value references, but on a new system that is able to account for houses worth considerably more than the current top Band H (£320, 000 at 1991 prices) – perhaps it could additionally be tied to income?

Why is taxation based only on property at the council level and income at the national level?

Councils need the ability to capture the heterogeneity of both housing and labour markets – it would allow them to differentiate between, say, a Sheikh’s penthouse in Marylebone and a General Practitioner’s semi-detached townhouse in Norwich and say half a dozen minimum wage earners sharing a six-bedroom house in Peckham and an advertising executive in a similar property in Camberwell.

There is of course the need for a much-needed new wave of council housing to help some of today’s working poor – checkout assistants, call-centre workers, cleaners and bartenders to name just some. This would, at the same time, cut through the power of unscrupulous landlords and create competition in the housing market.

The coalition is right that the cost of Housing Benefit is spiralling out of control: in 1997/98 its total cost was £11.2 billion; today it is around £20 billion and rising. It is important to remember, though, that this is a subsidy for landlords not tenants – a form of socialism for the rich.

The government, on the other hand, seem more concerned with the state ‘institutions’ that artificially inflate the rental market, and as a policy response, have implemented a new Housing Benefit cap to counteract this. They have imposed restrictions on the weakest actors in the housing market – the poorest tenants. You would have to be a flying pig in the Tory party to believe such an act will reduce the rent tenants pay.

The coalition’s attempts to install dynamism in the housing market have revolved around the policy mantra of affordable homes. However, this is based on a very dubious and ideological conception of who the poor are.

Who exactly are these affordable to?

Couples each earning the UK’s average wage and the rest of today’s deserving poor?

What about the poorest, for example single parents earning considerably less than the average wage? They are likely to spend a considerable part of their lives in the private rental sector along with many others.