Stephen Beer investigates why investment is not reaching the UK economy and what Labour can do to induce investment among our nation’s businesses. 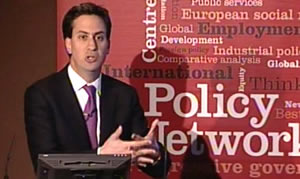 Stephen Beer is the author of “The Credibility Deficit – how to restore Labour’s economic reputation”; he is an investment manager and chair of Vauxhall CLP; this post represents his personal opinion

With business secretary Vince Cable today unveiling a business investment bank as part of a new industrial strategy, the theme in politics at the moment is most definitely investment and how to encourage more of it. The coalition government has been criticised for its lack of effective investment policies, while Labour too needs to develop its policies further, something its leaders discussed at last week’s Policy Network conference.

One of the mysteries of the economic depression is why companies seem to have a large amount of cash on their balance sheets which could be channelled into investment. What is stopping them? As Labour looks for further inspiration, what policies can encourage companies to invest?

The Bank of England focused on this issue in its Inflation Report (pdf) last month. Data in the national accounts suggest there could be a substantial amount of cash that could be invested.

“…both suggest that companies have run a large financial surplus over the past ten years.” 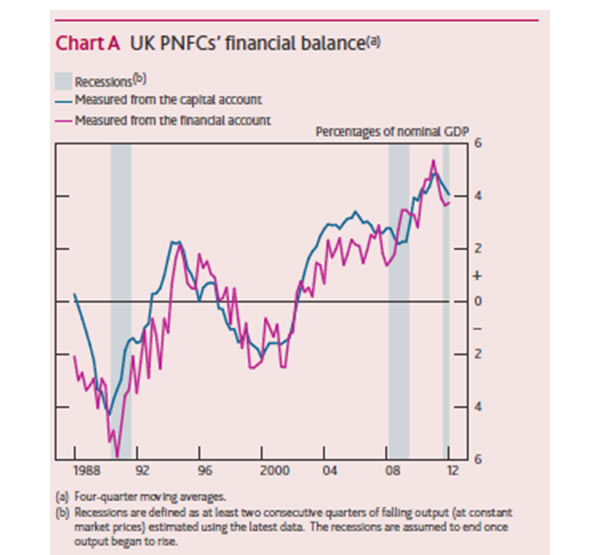 The Lehman Brothers collapse was the catalyst for a sharp fall in business confidence across the economy and output fell significantly at the end of 2008 and in 2009.  Businesses used cashflow to pay down debt (investors in stock market-listed companies became very nervous of companies with large amounts of net debt on their balance sheets). Cash levels fell as debt was reduced. Since then, companies have allowed their cash holdings to increase.  As sales are made, cash comes in.

The first call on cash is spending needed to run the business, pay taxes, and pay interest on debt.  Any cash left over can be spent on expanding the business (capital expenditure), buying other businesses, paying dividends, or can be simply kept in the bank.

To invest in new factories, employ more people, or buy other businesses, companies need to have enough confidence in the future to make the risk worth taking.  The future is always uncertain but since the financial crisis begun there have been periods where the whole financial system has seemed threatened.

This sense of catastrophic risk has most likely affected the psychology of business executives. Their ‘animal spirits’, to use a Keynesian term, are subdued. We saw this occur afresh last summer during a phase of the eurozone crisis and we saw it again earlier this summer as once again the durability of eurozone bank and sovereign debt was questioned.

It can be easy, and rational, under such circumstances to postpone a major investment decision for perhaps a few weeks or months while you see how things pan out. It is likely some companies are doing this.

The Bank raises a note of caution. The data are not clear and it could be that some of the increase in cash holdings has occurred in the financial sector, though that effect could be offset by other errors. Furthermore, the extractive industry sector accounts for a disproportionate share of total profits and such companies have been raising cash levels.

We know too that smaller companies have been finding funding difficult (though banks claim they are not seeing an increase in demand for new funding).

In these circumstances an easy monetary policy is necessary but not sufficient. In Keynesian terms, the marginal efficiency of capital curve has to be pushed out; business confidence needs to grow or government needs to step in, or both. We need to acknowledge there may not be the potential for as much business investment spending as we have been assuming.

In policy terms, that means boosting infrastructure spending to some degree (in Labour’s five point plan) but more than this is required. Infrastructure spending needs to be part of a strong message from government that it will continue to maintain investment in infrastructure, education, and training for years to come; the coalition, however, has cut capital spending.

A national investment bank needs to be focused on making it easier for businesses to invest. Finally, government can help promote end markets not by temporary tax cuts but by guaranteeing employment for all. These elements should form the basis of progressive economic policy. If progressives do not express confidence in the future, how can we expect it from anyone else?

4 Responses to “Where can investment come from?”