Shamik Das writes about the five key points everyone should know about the welfare cuts that are damaging the UK economy. 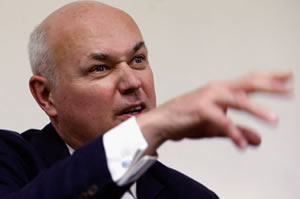 As the days shorten, the air chills and the Welfare Reform Act begins to bite, False Economy, one of the leading evidence-based campaigners against the coalition’s cuts, have produced a new document outlining the effect of the cuts to the DWP’s budget on claimants – and the impact on the wider economy.

The key points are:

1. Welfare payments can stabilise the economy

In a recession people lose their jobs, businesses stop investing and the economy risks a downward spiral. But social security, benefits and tax credits kick in, propping up incomes and acting as ‘automatic stabilisers’.

Government spending increases temporarily to ensure people still have money to spend on basic needs. This means businesses have customers, keeping the economy stable and preventing a terminal spiral of decline.

Families on low incomes are most likely to spend extra money quickly in their local shops and services, boosting demand and helping businesses.

“Social and cash transfers [following the credit crunch] not only assisted those in need, but by putting cash in the hands of those most likely to spend it, helped to shore up household consumption. For this reason, countries that strengthened the policies towards income transfers managed to recover faster than others.”

When deep cuts to welfare dramatically reduce the incomes of families who are already on low incomes, the opposite of fiscal stimulus happens: fiscal hindrance. Billions of pounds are removed from the active economy, so struggling businesses lose customers and lay off more staff. A vicious cycle is created.

Economists say that in a recession, increased welfare spending has a strong multiplier effect of around 1.6. This means every £1 is worth £1.60 to national income once it has worked its way around the economy through shop tills and pay cheques. When welfare is cut, the multiplier works in reverse. So £20bn of welfare cuts could depress the economy by as much as £32bn – more than 2% of GDP.

5. The chancellor wants even deeper cuts

Despite the damage the cuts are causing, George Osborne wants to cut another £10bn from welfare. This will not just be a social disaster, it could cut a further 1% off the economy, meaning a longer depression, a larger deficit and more debt for Britain.

£20bn of welfare cuts could depress the economy by as much as £32bn – more than 2% of GDP – with Osborne’s plans to slash another billion potentially shaving another 1% off the economy.

Yet more evidence of the damage being done, yet more reason for a Plan B – but is anyone in government listening?