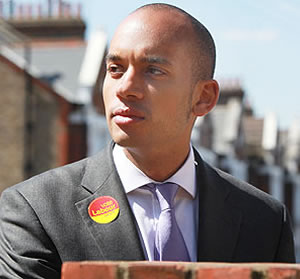 In his speech, the shadow business secretary focuses on the need for a modern industrial policy, sketching out what this would look like. He argues this is essential to deliver rising prosperity and better outcomes, in the context of Ed Miliband’s comments this week on the importance of ‘predistribution’, so there needs to be less reliance on redistribution.

The debate we have had today underlines what a pivotal moment this is for those of us on the centre left – progressives – in Europe and beyond.

The starting point, as always, is our beliefs and values. What distinguishes us from the Right is a belief in our mutual dependence, that “through the strength of our common endeavour we achieve more than we achieve alone”; that we depend on the collective for an environment in which each of us can fulfil our potential and realise our aspirations as individuals.

With that in mind, our goals remain unchanged: to build a fairer, more equal, democratic and prosperous world in a sustainable way. But the context in which we seek to achieve those goals has fundamentally changed since the mid 1990s and we have been too slow to react.

As Ed, Ed and others have described, we face huge challenges and need new ideas and a new agenda. That agenda is one that recognises that growth is not automatic, that growth alone may not help everyone, and that the rules of our economy are not set in stone.

In government we did much to improve the functioning of the economy. Real growth in the economy led to substantial improvements in living standards for many, and we overhauled public services which had been neglected for so many years.

Then along came the crash of 2008 which exposed structural problems with our economy that we, and previous governments, had not sufficiently addressed. Growth had become concentrated in too few sectors, and in too few regions of the economy; despite the RDAs, investment in skills and other measures was insufficient. This, alongside the UK’s open economy and historical strength in finance, left us somewhat exposed to a crisis rooted in that sector.

And, despite rising productivity, as we heard this morning, not enough of the reward found its way into the wage packets of average earners, who saw their wages stagnate from 2003. Even as strong growth and labour market reforms meant employment reached record levels, too many people remained distant from the labour market, in insecure employment, or outcompeted by new entrants.

Those structural problems persist – indeed they have been exacerbated by a government of the Right which has failed to back key industries like defence; narrowed access to skills and educational opportunities; and held back regional economies. Living standards are being squeezed like never before, made worse by a government that has hiked up VAT and done little to tackle rising rail fares and energy prices.

The labour market is dividing, with highly skilled, well paid jobs at one end, and a badly paid, insecure economy at the other, with a hollowing out of those jobs in the middle. There is a hollowed out and a squeezed middle.

Despite this, those who are now in government are still vociferously championing the old neo-liberal orthodoxies: that the preferred role of government is to get out of the way, that the only purpose of business is short term profit. They would rather leave markets to shape the nature of our society, rather than seek to shape markets to advance our goals.

If this approach was ever right, its moment has assuredly passed.

Without new ideas and a new agenda we will not be able to adapt our economy to the seismic global and technological shifts which are under way, as the global economic centre of gravity moves south and east. The rise of the BRIC economies and the Next 11 coming up behind them are intensifying competition, but also creating new opportunities on a breathtaking scale. Adaptation to these changed circumstances will not happen of its own volition.

And we will not be able to ensure that future growth benefits all unless we hard-wire fairness into the ways that our wealth is created. The more that markets deliver better jobs and fairer outcomes, the less corrective action government will have to take: the ‘predistribution’ Ed Miliband referred to this morning – a fiscally responsible and sustainable path towards the good society.

So, to achieve both rising and shared prosperity, we need to rethink the relationship between government and markets – we need to be far more discerning about the kind of capitalism we would like to see.

We must set aside the neo-liberal dogma that markets are the domain of efficiency, and that equity is for governments. We must combine the best of the market with the best of the state: to shape markets to achieve both social as well as economic objectives. This is what we mean when we say we need a more responsible capitalism.

But to make this agenda a reality requires a modern industrial strategy, as the panel this morning rightly argued. An agenda where the role of government is not to step back, but to step up: to work with business to create better outcomes at home and ensure we can pay our way in the world. But why do I argue for government to play this role?

First, because – in a modern economy – market and state are inevitably intertwined. Whether they like it or not, governments can’t help but influence the functioning of markets. The challenge is to find and foster positive interactions.

Second, because there is a lot that active government can do to improve the health and functioning of markets. Markets work best where no one has a monopoly of power, where people can access the information they need so they know what they are getting into; where there is a strong competition regime. None of this is a state of nature. It requires the right policy framework and constant vigilance.

Fourth, I would argue that governments can improve on market outcomes on their own terms, by doing things that – left to their own devices – markets cannot or will not do:

• Markets can’t set strategic direction. Governments, working with business, can. There are risks in doing so – not least the risk of capture by incumbents – so caution is necessary. But knowing that government is behind an industry or a technology reduces uncertainty and promotes investment;

• Early stage, fundamental research is often too risky for businesses to undertake. In that respect, the role the US government played in financing or buying many of the innovations behind the ICT revolution is increasingly being recognised;

• Through regulation, governments can create entirely new markets, as Labour did by requiring zero-carbon homes within ten years;

• And governments can help to foster clusters and institutions that enable pre-market coordination and support.

What we are advocating here is in keeping with the international mainstream. I don’t just mean the obvious places like South Korea, China and Singapore. In modern industrial policy – as in life – it is important to remember that the winners write history.

Ha Joon Chang likes to joke that the most successful industrial strategy of the US has been to convince the world that it doesn’t have one. Just because some Americans preach a gospel of free markets does not mean that the federal government has not made huge interventions in markets through vehicles like DARPA, the Small Business Innovation Research programme, and the National Institutes of Health.

In terms of industrial policy itself, there is little controversy over the role of government in developing economy-wide improvements in the business environment – improving infrastructure, access to finance, and general skills. The seeming neutrality of these kinds of approaches is viewed as especially virtuous – although, in truth, no intervention is neutral. There is no doubt that we must do more to strengthen these so-called horizontal approaches.

This government has failed to get lending flowing: net lending to businesses has fallen by more than £10 billion over the last year, and by more than £33 billion since they took office. It is failing to invest in the infrastructure of the future. These are the fundamentals.

But beyond this support for business across the economy, we need a clear focus on the needs of individual sectors that can drive our future success. In this respect, I am intensely relaxed about picking sectors. Just look at what has happened in the UK automotive sector since Labour set up the Automotive Council, as Paul Everitt has already talked about today.

It brought the industry together to create a shared understanding of the problems it faces and a shared commitment to solving them, supported and encouraged by government, paving the way for more than £5.5 billion of new investment over the last two years alone and the set the industry on the path towards record production. There is much more to do in that sector to build the supply chain capacity where so much value is added, but it is on the right track.

By being an honest broker, government can help industries discover futures they didn’t know they could have. While ensuring competition in the market place, it can encourage and facilitate collaboration away from it. By standing behind these visions of the future, government can help firms move towards them with confidence. What this means will differ from sector to sector – which is why the focus at the sectoral level is so important.

Although there are risks from this kind of action – of entrenching the position of incumbents, of investing in the wrong technologies – this cannot be the end of the argument. The risks of action must be properly balanced against the risks of inaction.

These kinds of balanced decisions are the essence of normal policy making. Of course it means being absolutely clear about the limits of industrial strategy, and having the discipline to stay within them. It means having objective criteria, impartially assessed to inform decision making, away from the glare and distortions of political calculations. So let us have that conversation – with our eyes open to the risks, but also to the possibilities.

There is a clear alternative to stalled growth today and national decline tomorrow. It is a choice between self-defeating austerity, and fiscal and macroeconomic policies for growth.

It is a choice between stepping back and leaving our national future in the hands of the market, or a Labour government, ambitious for Britain with a plan for growth, stepping up to support productive business, and shaping our economy to serve the needs of our society.